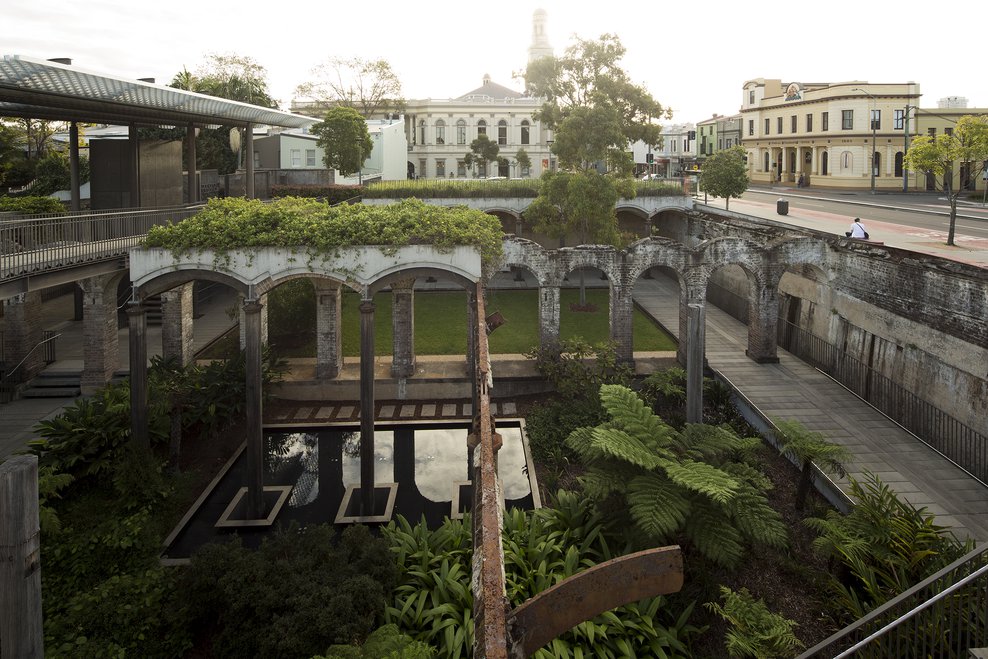 JMD design and TZG Architects were commissioned in 2006, by the City of Sydney, to adapt and refurbish the derelict Paddington Reservoir into public open space.

Located on Oxford Street, Paddington, the Reservoir forms part of the Paddington civic precinct bordered by a number of fine 19th century buildings that include the Paddington Town Hall to the west, and Paddington Post Office and Juniper Hall to the north. The Reservoir comprising of two chambers was built between 1866 and 1878 and formed part of Sydney’s early water supply infrastructure until its decommissioning in 1899, from 1914 until its closure in 1990 due to roof collapse, the Reservoir was used as a workshop and its roof as public park. Over the next 15 years it suffered further collapses and became favoured location for tagging and street art.

The design team’s primary aim was to stabilse the structure and insert new functions in a way that maintained the compelling atmosphere found in the ruined Reservoir. The project was conceived of as a public garden over three levels, a raised lawn on the roof of the largely intact eastern chamber, a richly planted Sunken Garden in the roofless western chamber, and a civic park and  small plaza on the northern street frontage between the Reservoir and Town Hall to the west. 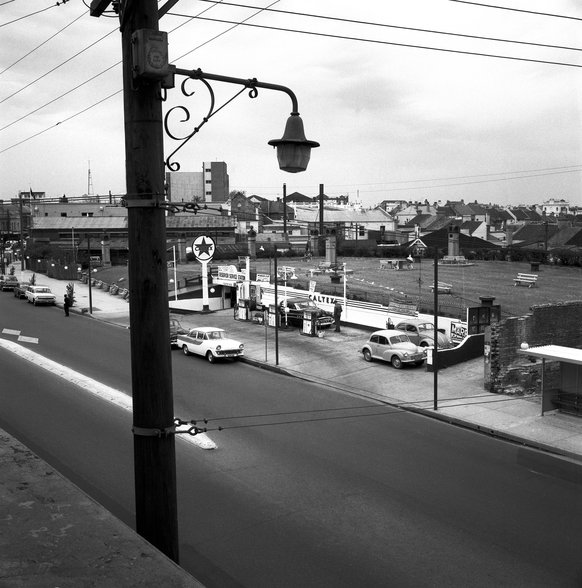 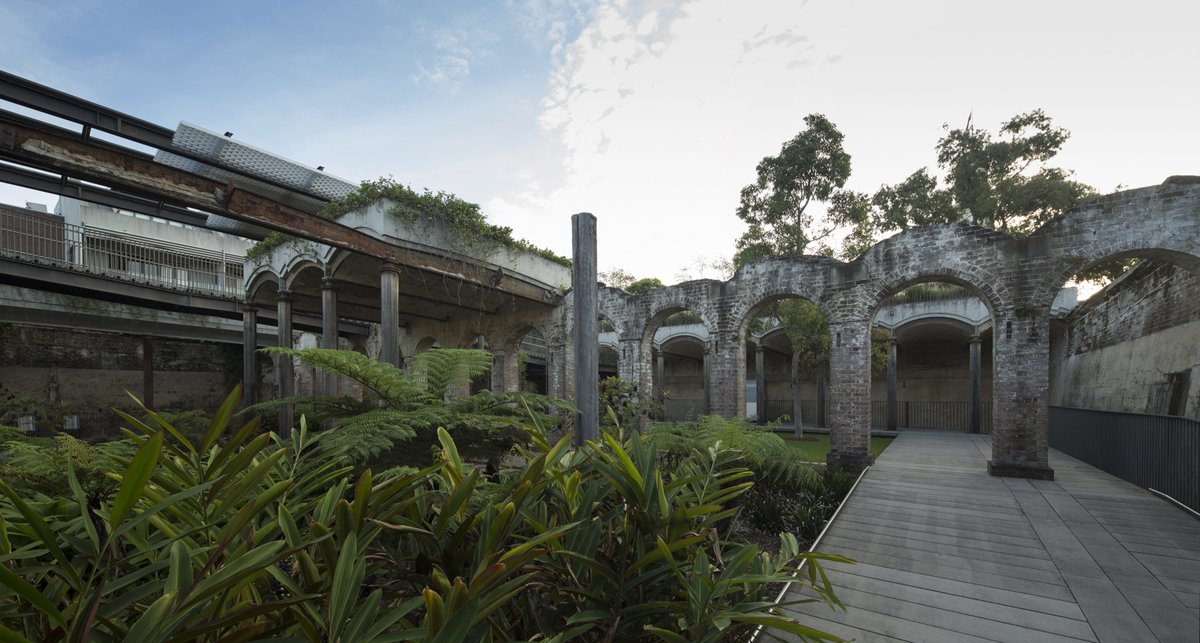 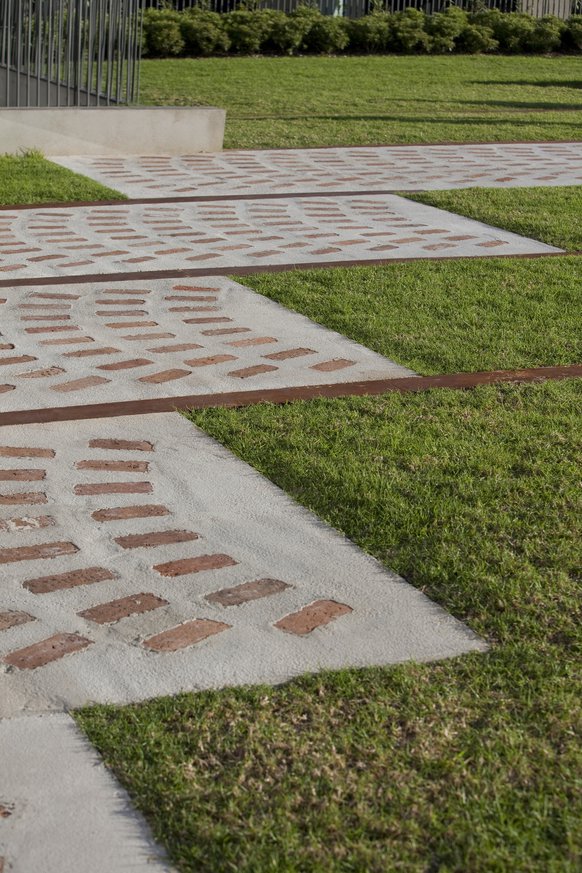 The garden on the raised eastern chamber reinstates the simple lawn that originally covered the roof. A new access is provided that takes visitors diagonally across the lawn to the walkway over the sunken garden. The path mirrors the geometry and materiality of the vaults below ground and expresses them through cast iron banding, radially arranged salvaged bricks and precast concrete elements whose geometry and location reflect the cast iron beams used in the Reservoir’s construction. The plan of the reservoir structure is made at 1:1 scale on the surface of the reservoir. A large planter containing endemic species is constructed on the chamber floor below an opening where a portion of roof has collapsed and provides the only opportunity for tree planting in the eastern chamber.

The `Sunken Garden’ is made up of two spaces, one planted with a plant palette of bold textures, the other a simple lawn and tree ( A. costata). A small pond at the garden’s centre reflects the ruined fragment of vaulted roof above it, whilst a raised walkway provides circulation around the edges of the space along the inclined walls of the water storage facility.

Along the northern edge of the reservoir, where a petrol station stood during the 20th century an extruded concrete plinth mirrors the shape and location of the bowser plinth that once stood there whilst the ground plane and footpaths are paved in accordance with the City of Sydney’s public domain manual, The small plaza along the western edge includes a restored fountain, the remnant of a sandstone wall from a church that stood on the site in the 19th century, a sandstone plaza, a lawn, seating and tree planting. A large rainwater tank below the sandstone plaza captures water from the adjacent Town hall for irrigation of the Reservoir Project.

Overall the careful attention to detail, the intentionally restricted palette of materials and the exuberant planting convey a rich atmosphere in dialogue with its context. 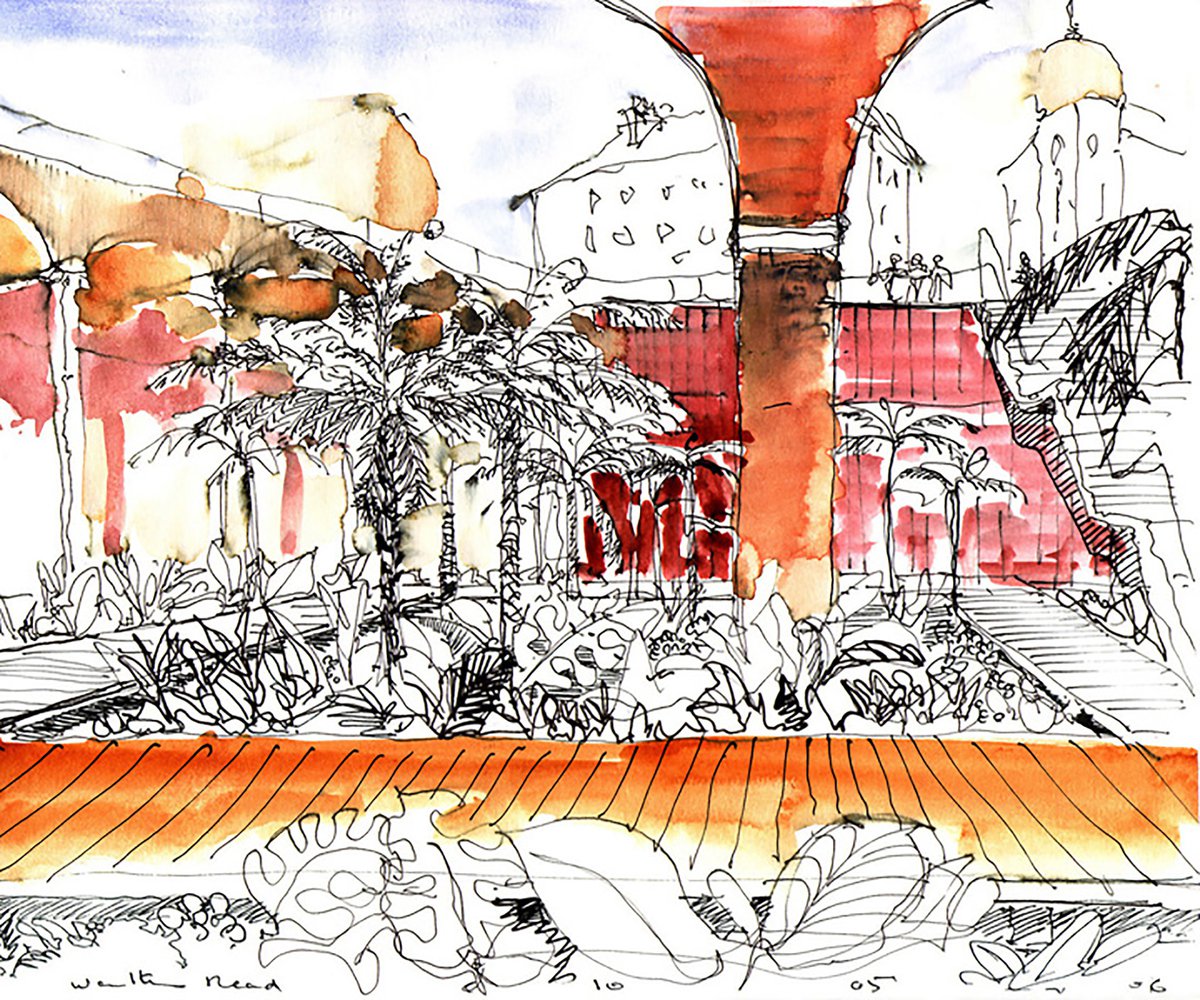 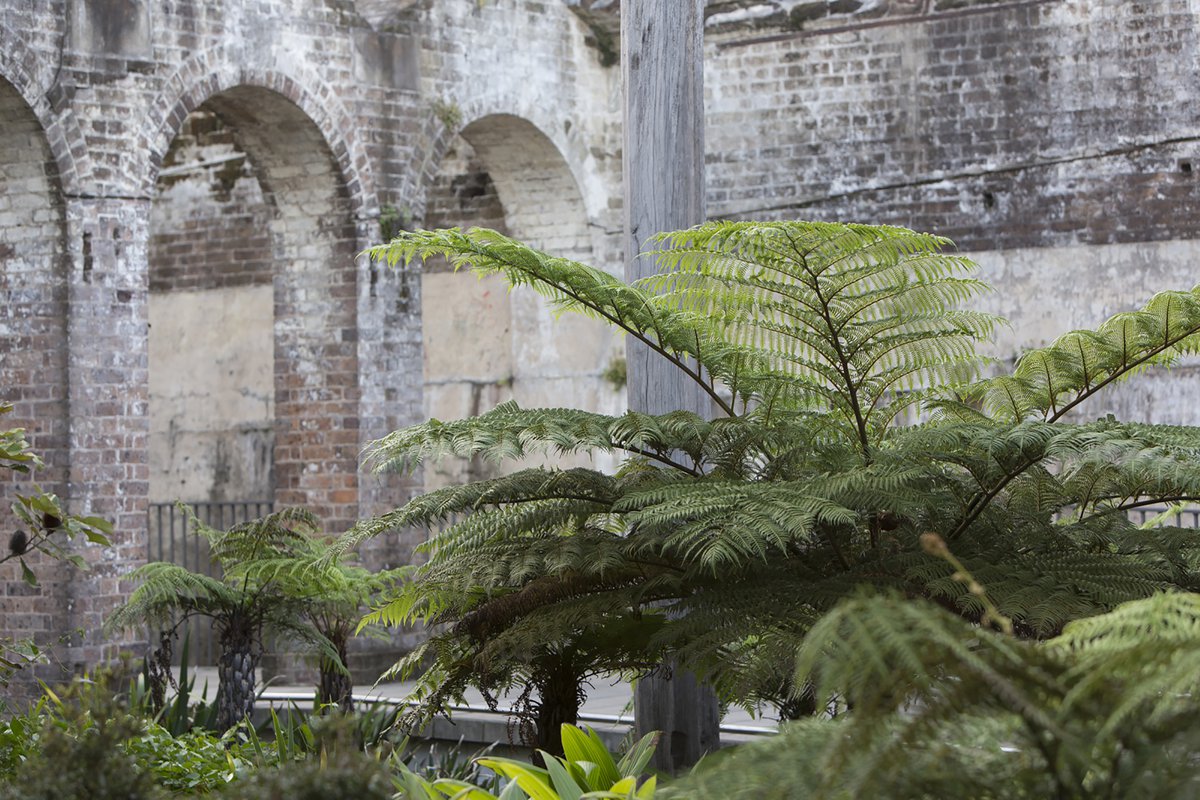 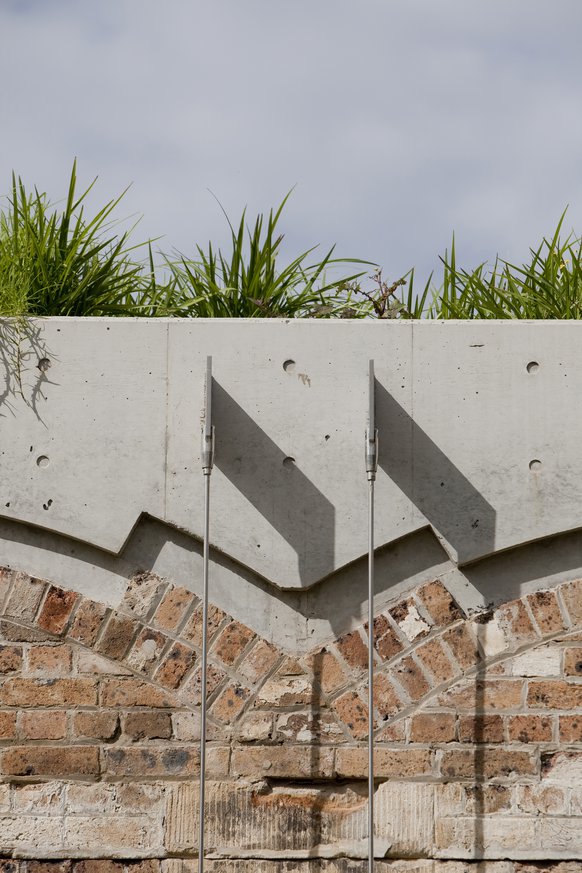 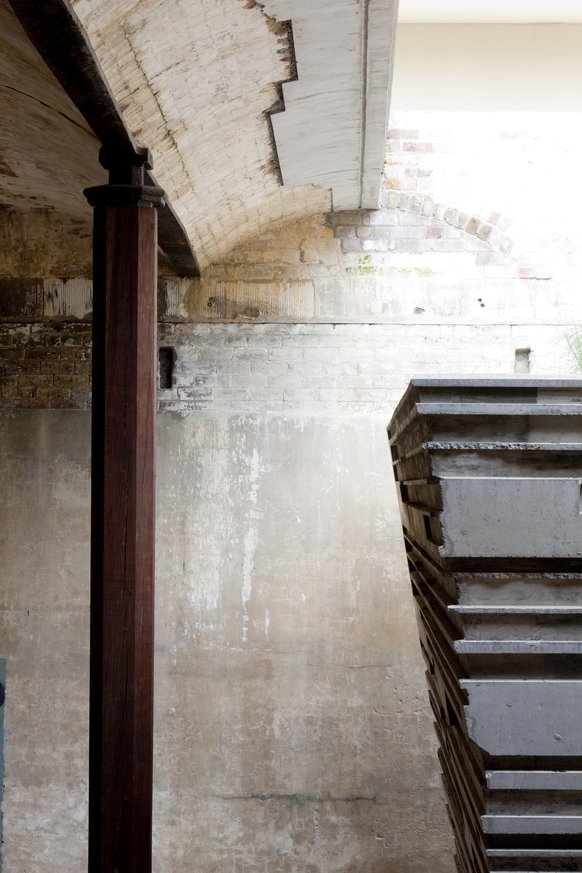 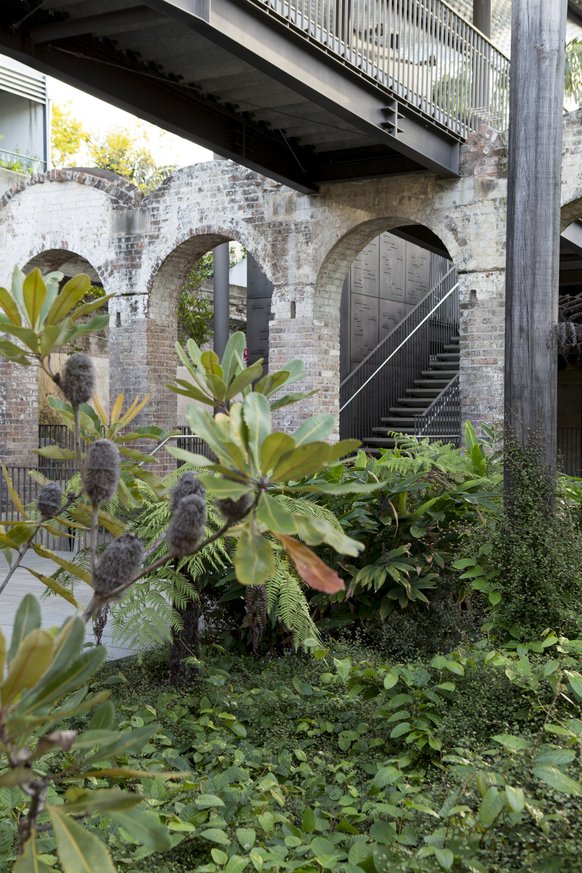 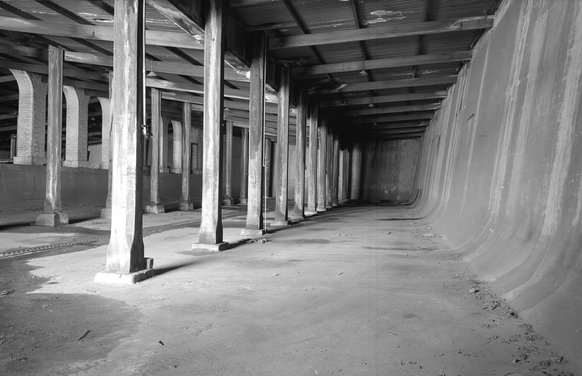 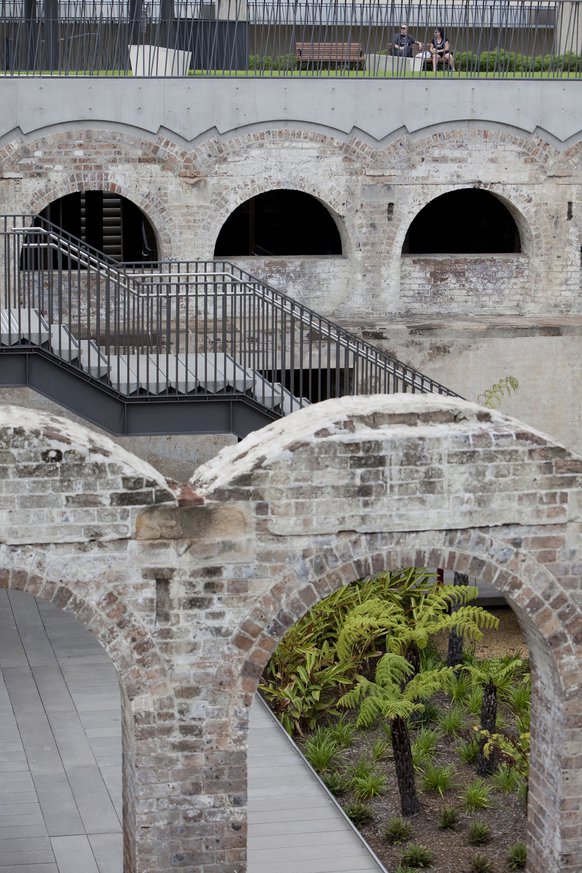 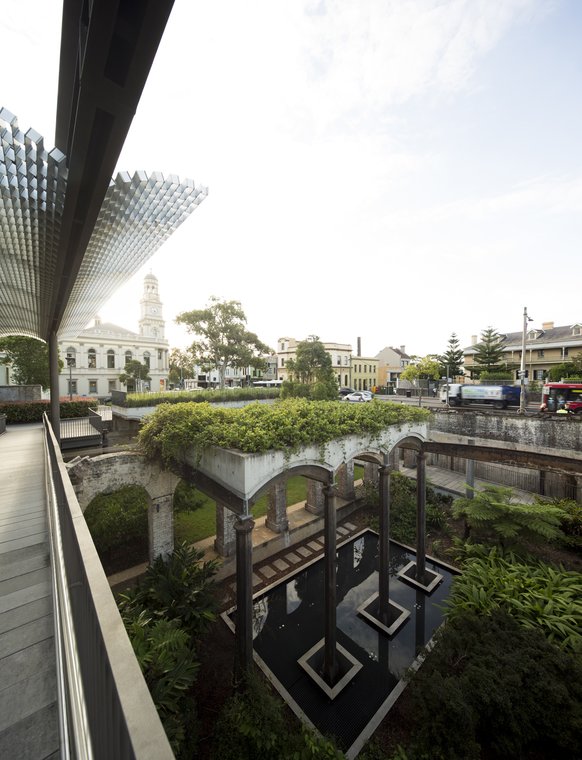 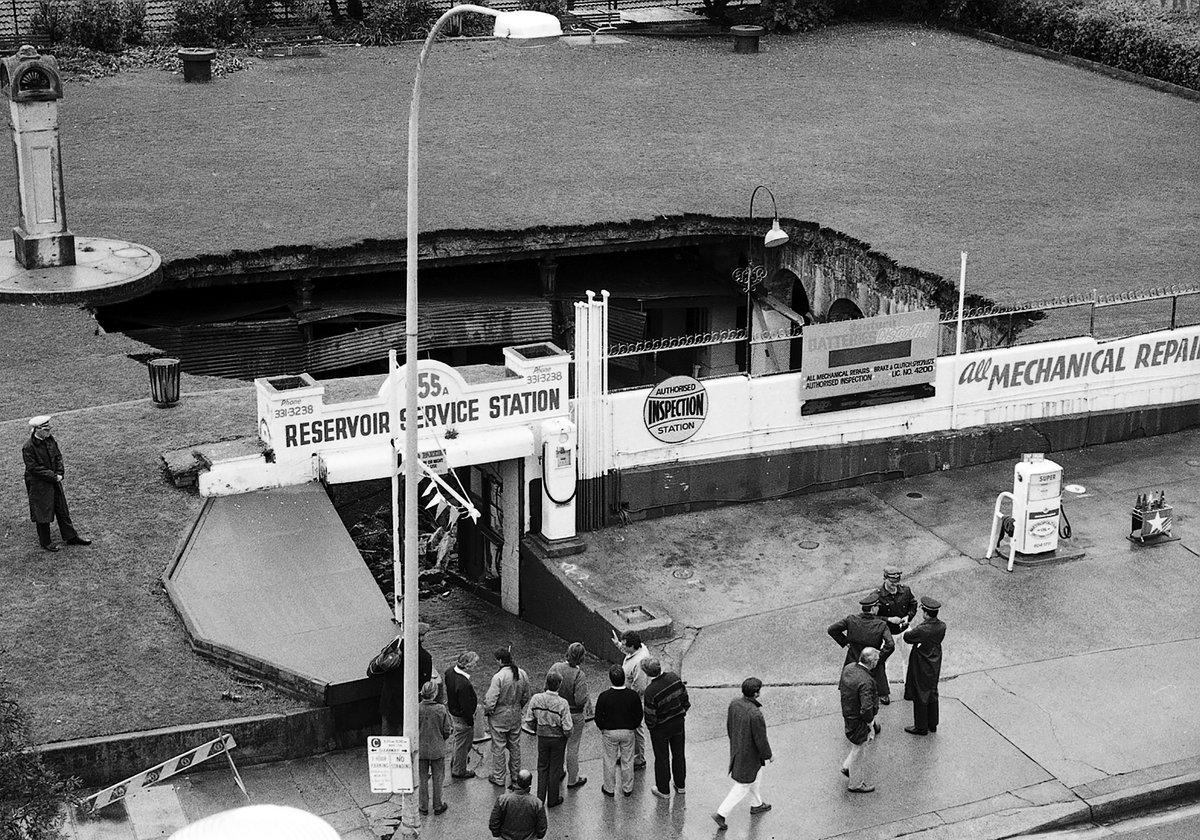 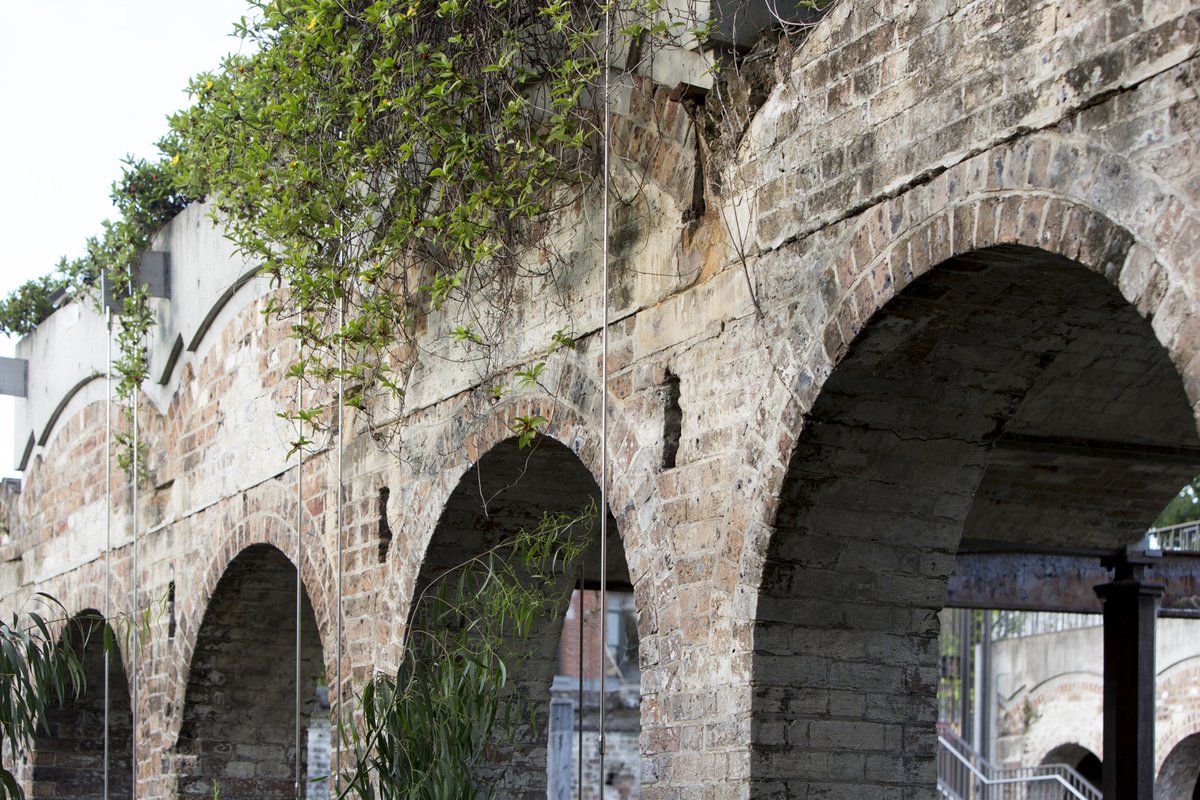 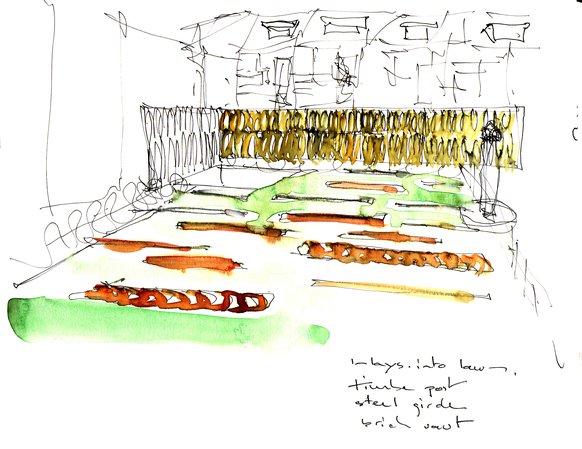 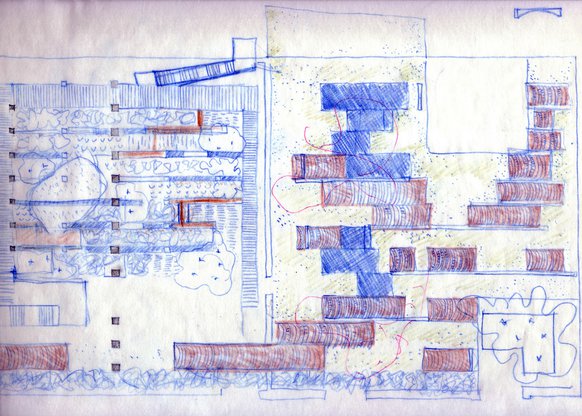 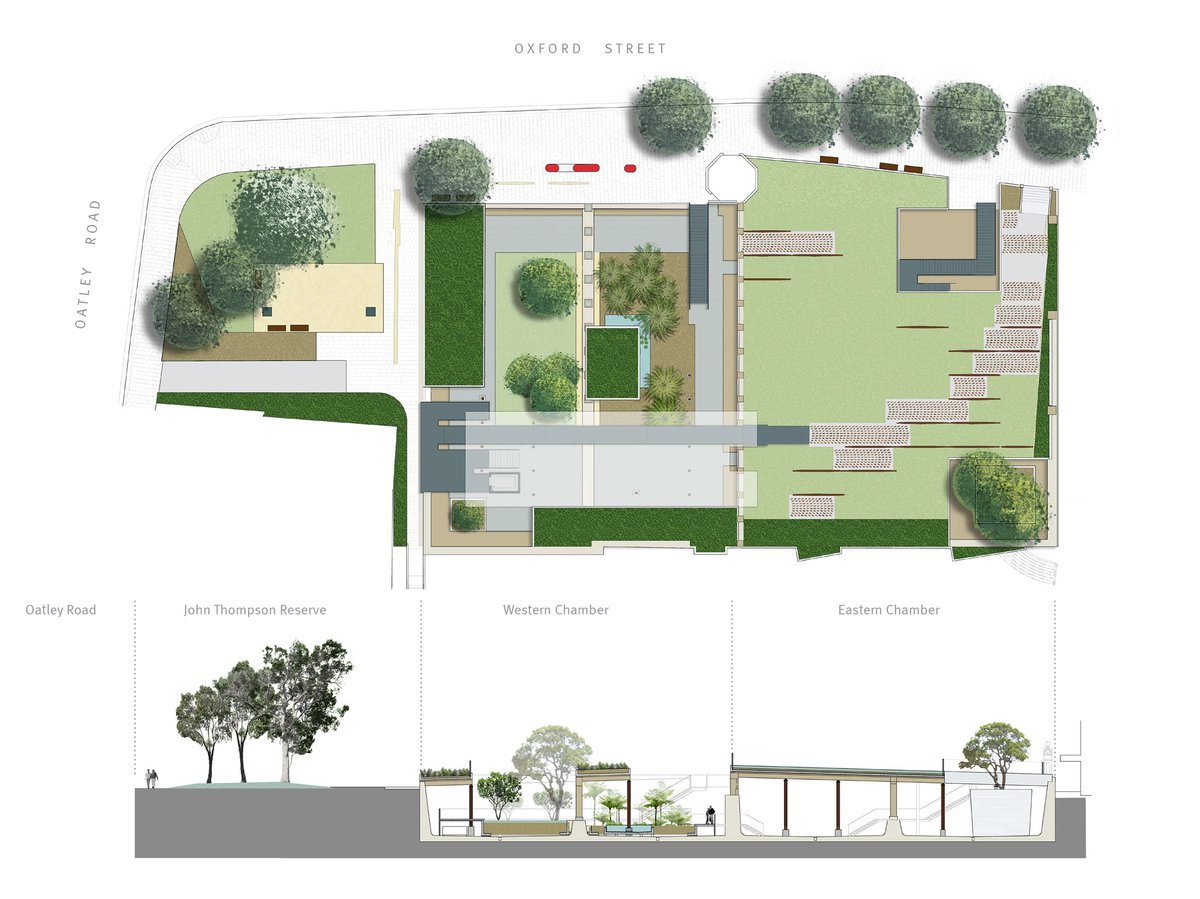 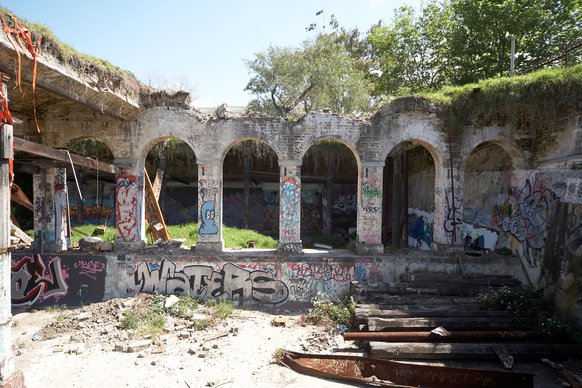 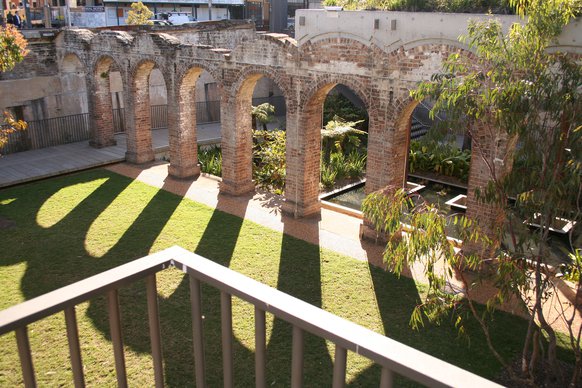 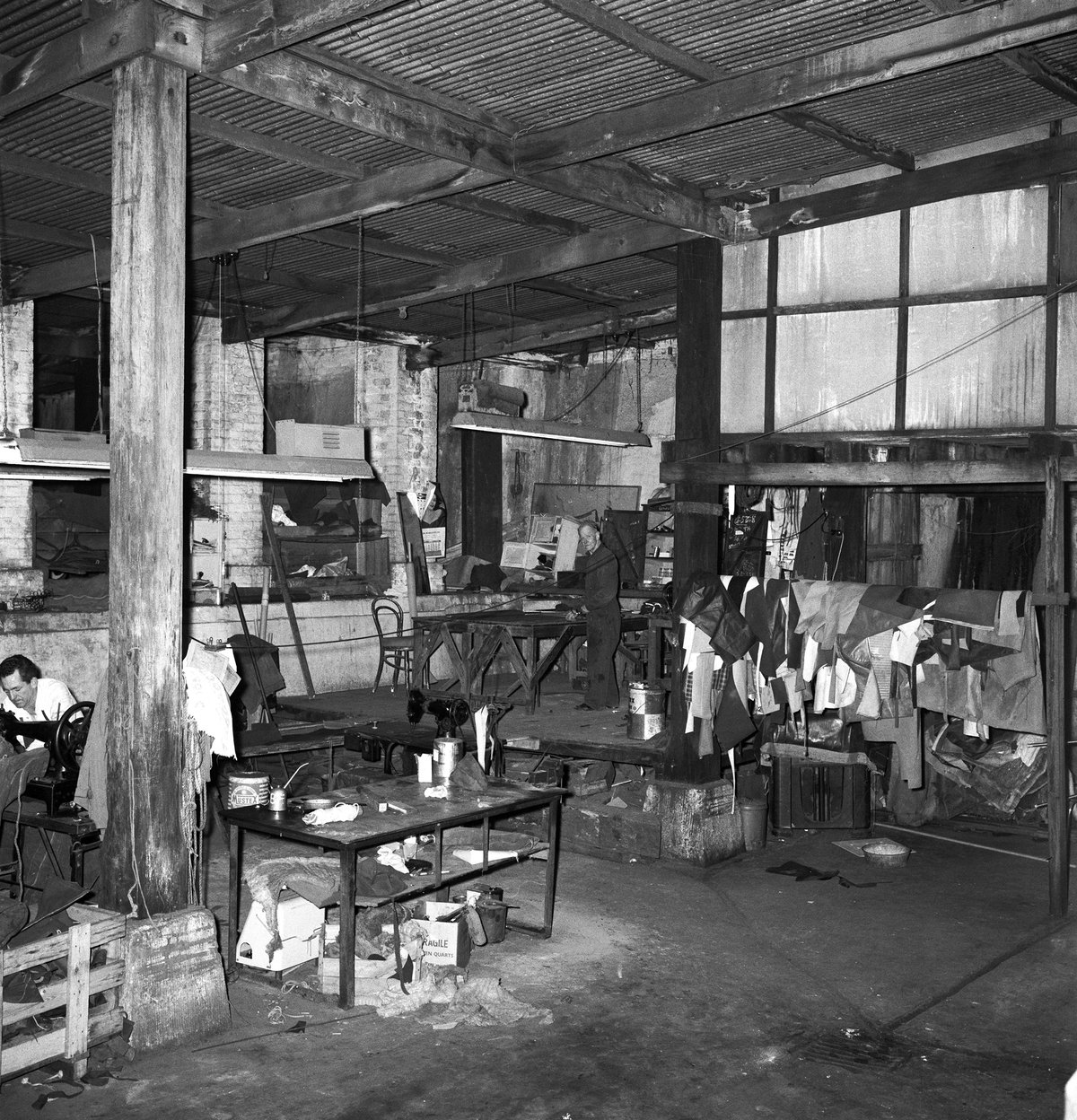