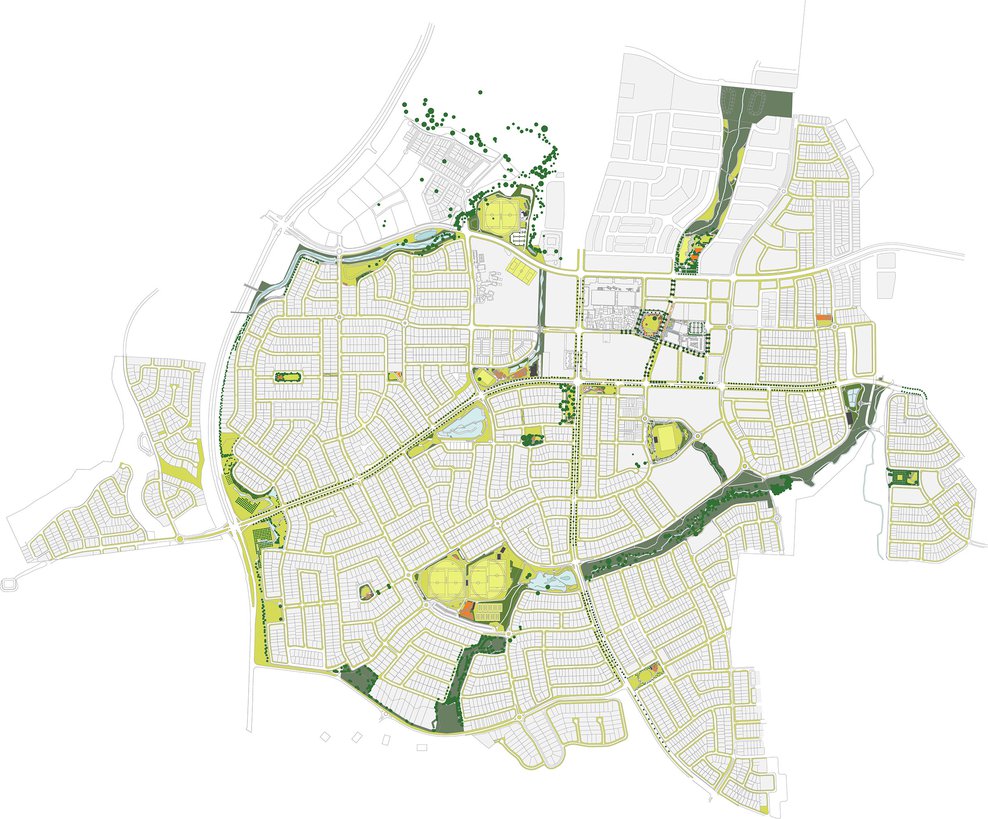 JMD design has been working with Urban Growth NSW and Greenfields Devel­opment Company since 2007 to deliver the public domain component of Oran Park Town as part of the South West Growth Centre identified by the NSW Government’s Growth Centres Commission. It is the largest land release in NSW in the past decade. 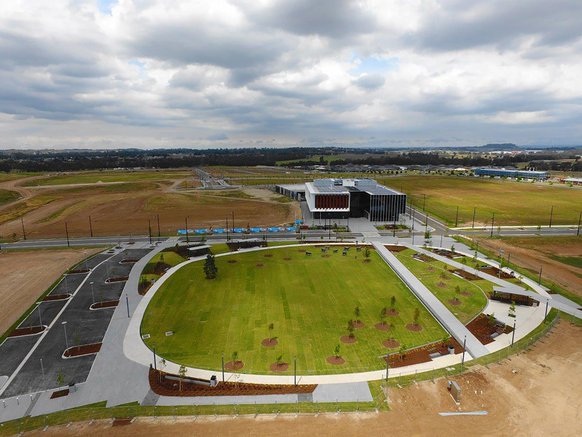 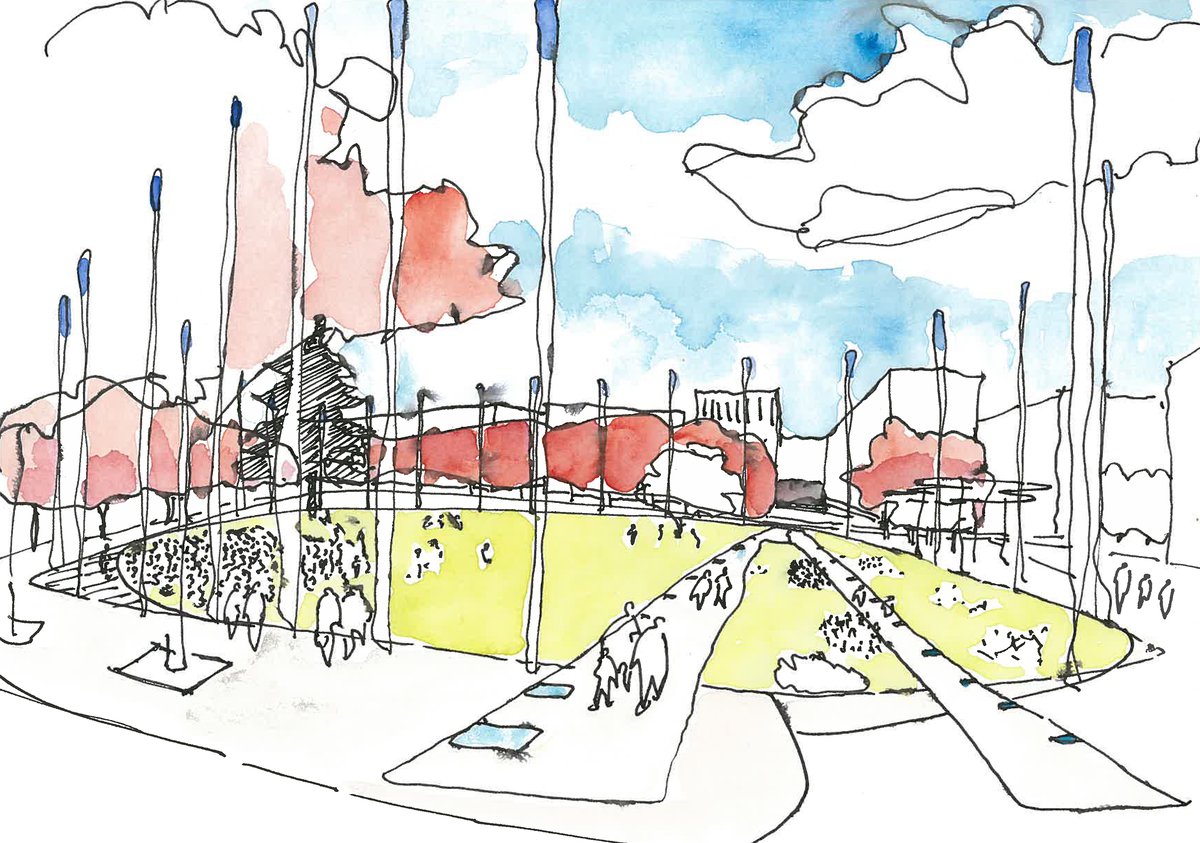 The Town Park and the Civic Plaza lie at the heart of Oran Park’s new urban core and are designed to play an important role in the town’s civic life. The Park and Plaza provide Oran park with a strong identity within the predominantly retail and commercial context.

The Park is organised as a large roughly circular lawn traversed by two axial paths that direct pedestrians through the park toward the Civic Plaza and new council chambers, recreation centre and library. The paths divide the Park into three zones; the northern and largest one is an informal lawn, the middle zone between the two paths is a more intimate series of spaces defined by shrub planting and the southern zone bounded by outdoor dining is a paved pedestrian zone.

The Civic Plaza is a formal space fronting both the Library and Council building. The paved section of the Plaza, adjacent to the Council Chambers allows for ceremonial events such as Anzac Day services and Australia Day ceremonies, whilst the northern section contains a lawn and a feature tree to provide shade and a softer feel.

Display Village Park, the first to be opened at Oran park comprises of a small plaza and water feature, three shelters whose design reflects the raceway engineering that once occupied the site, a small playground, a toddlers cycle track and several client procured life size sculptures of cows. 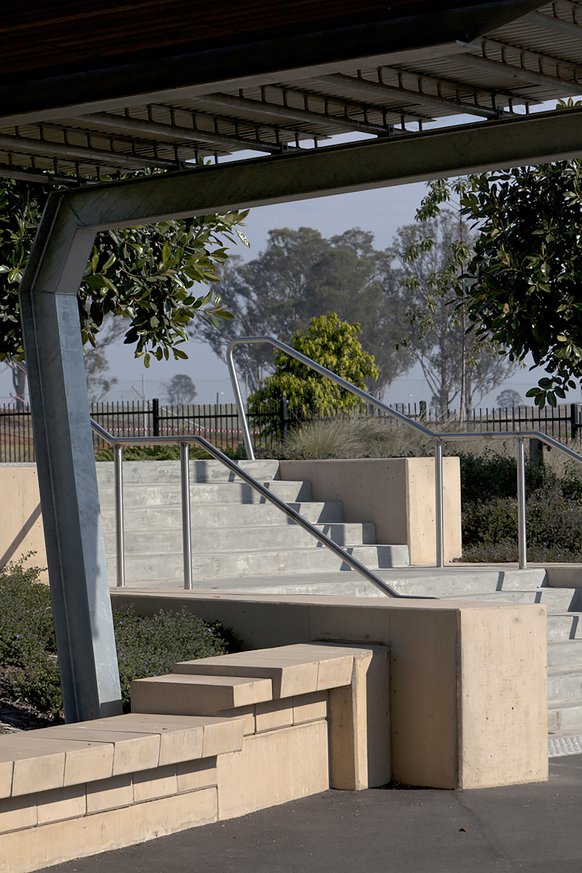 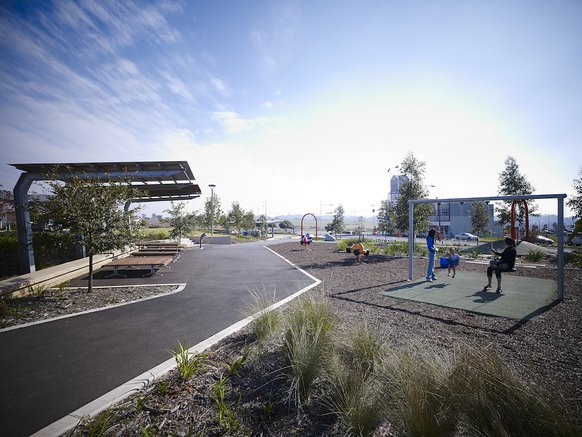 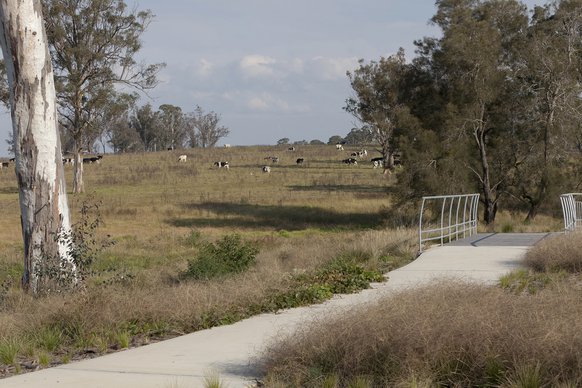 Wayne Gardner Reserve provides recreation and sports facilities for the community and the adjacent school.

The reserve is integrated into Oran Park’s cycleway and riparian networks. A circuit path with exercise stations encircles the playing field. Uphill from the playing field the eucalypt planted slope is terraced to provide an outdoor learning space and informal seating in proximity to the toddler’s playground. Two picnic shelters located on the upper slopes caters to the sports club, playground and general public offering expansive views across the playing field to the landscape beyond. 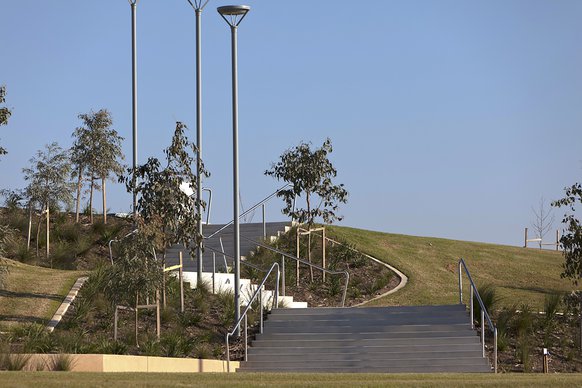 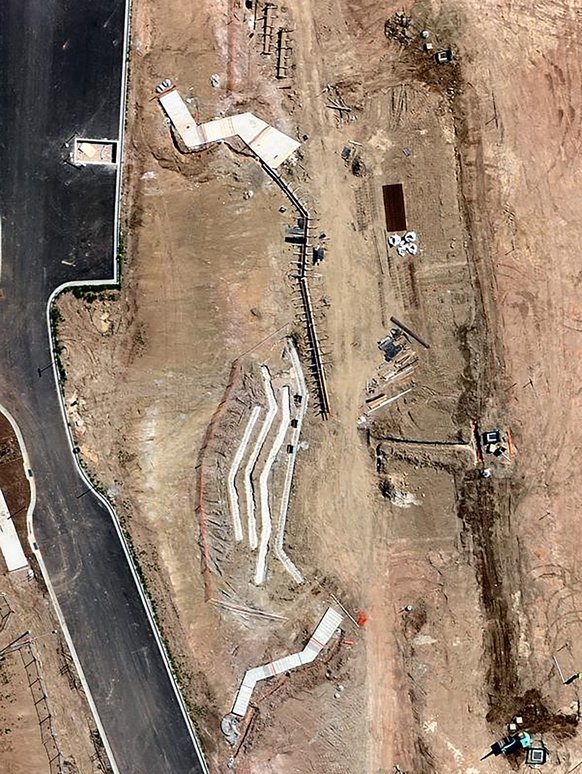 Champions Park at The Northern Road entrance to Oran Park straddles Peter Brock Drive. The Park contains two large raingardens and detention basins whose form, scale and orientation is manipulated to maximise the sense of space and provide a clear identity that breaks with the geometry of the adjacent intersection. Each basin contains a bosque of Eucalyptus teritecornis (Forest Redgum) to buffer the transition from the adjacent arterial road to Oran Park.

Rain gardens fringe the inner edge of the basins and articulate the topography in a way that integrates the stormwater management requirements with the recreational aspects of the Park. Picnic shelters punctuated the space and walking and cycling paths connect into the broader network of circulation. 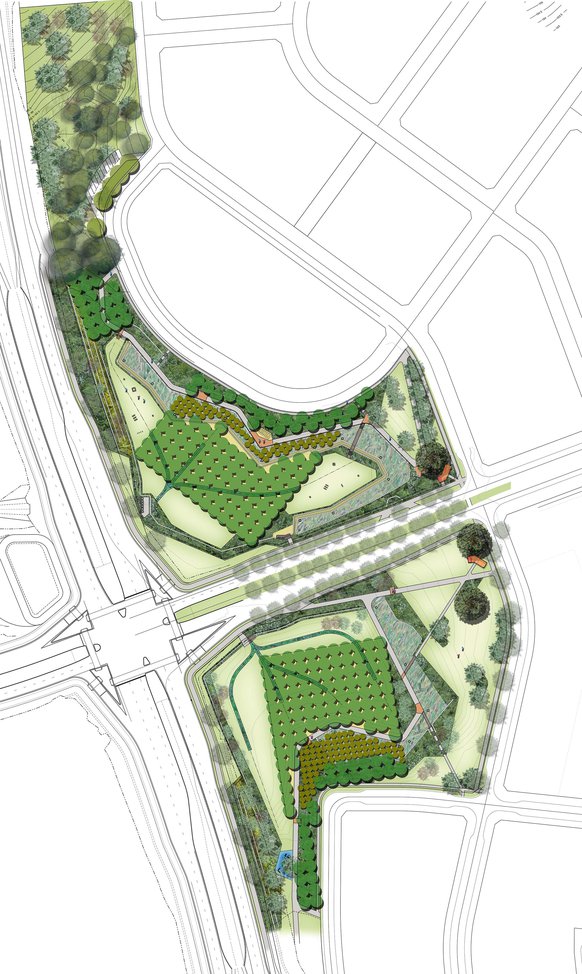 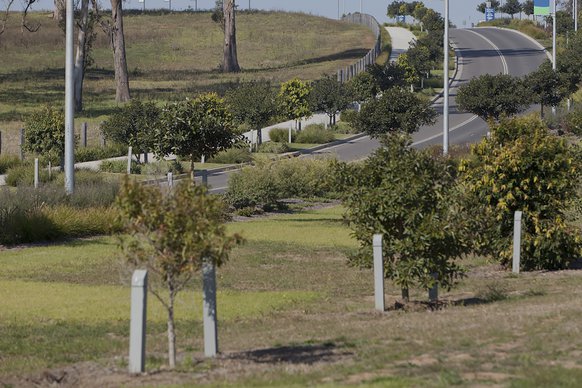 A Street Tree Masterplan has been established to Oran Park to enhance legibility and facilitate connectiv­ity throughout the site for vehicles, cyclists and pedestrians.

A mixture of both na­tive and exotic, deciduous and evergreen tree species is used to reinforce the street hi­erarchy, reflect land use and maximise solar access for residents.

This 3.8 hectare Grand Prix Park combines stormwater treatment and recreation. The eastern portion includes rain gardens, a permanent open water basin with bioreten­tion treatment and a deep water inlet. A series of view­ing platforms, an amphitheatre and a network of paths skirt the water treatment areas to provide passive recreation and extensive planting. The upper half of the Park contains a playspace for the 5-12 age group, fitness equipment, a grass kick around areas and picnic facili­ties. 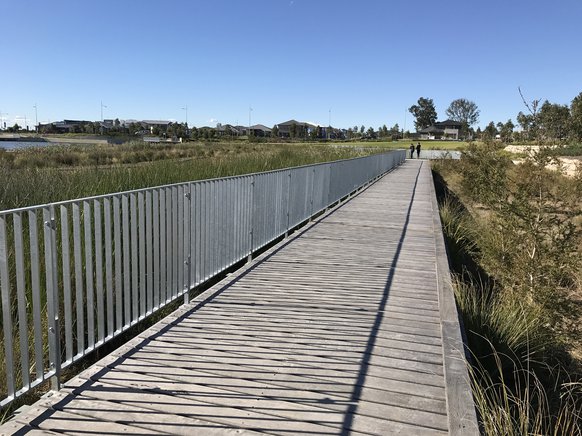 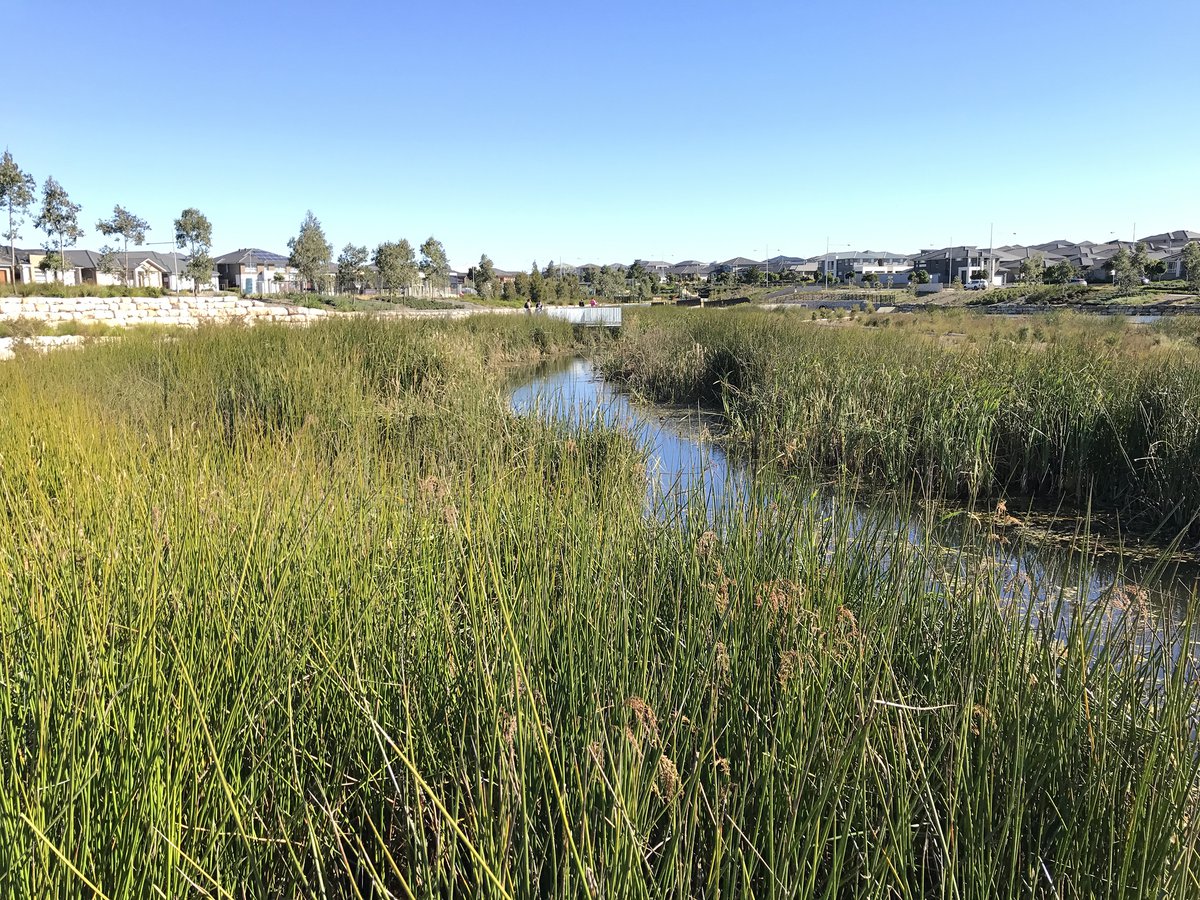 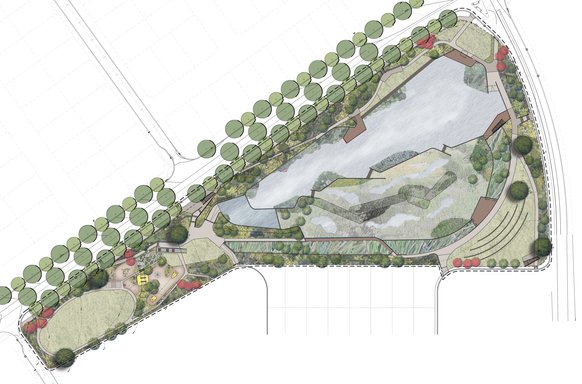 Brabham Reserve combines a range of multi-use sport and recreational facilities that include sports fields, training areas and an amenities block with a pedestrian and cycle network integrated into the adjoining rehabilitated riparian corridor. 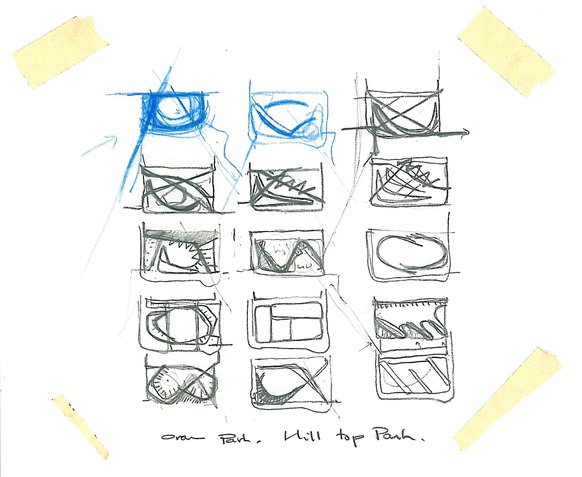 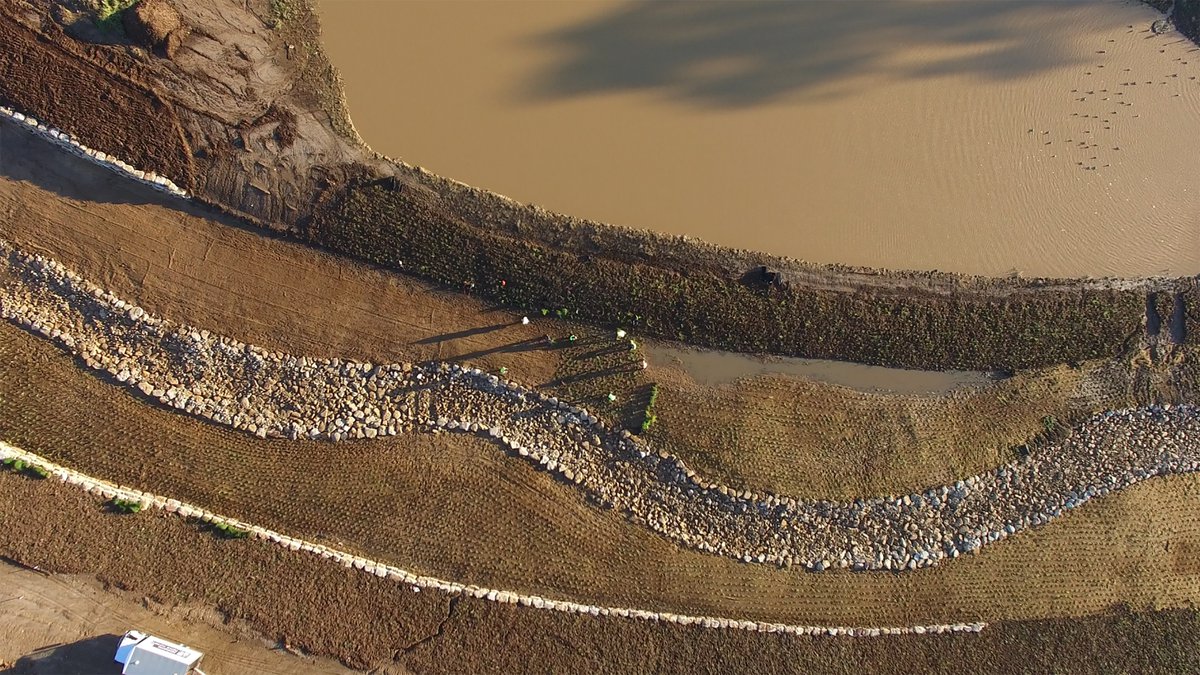