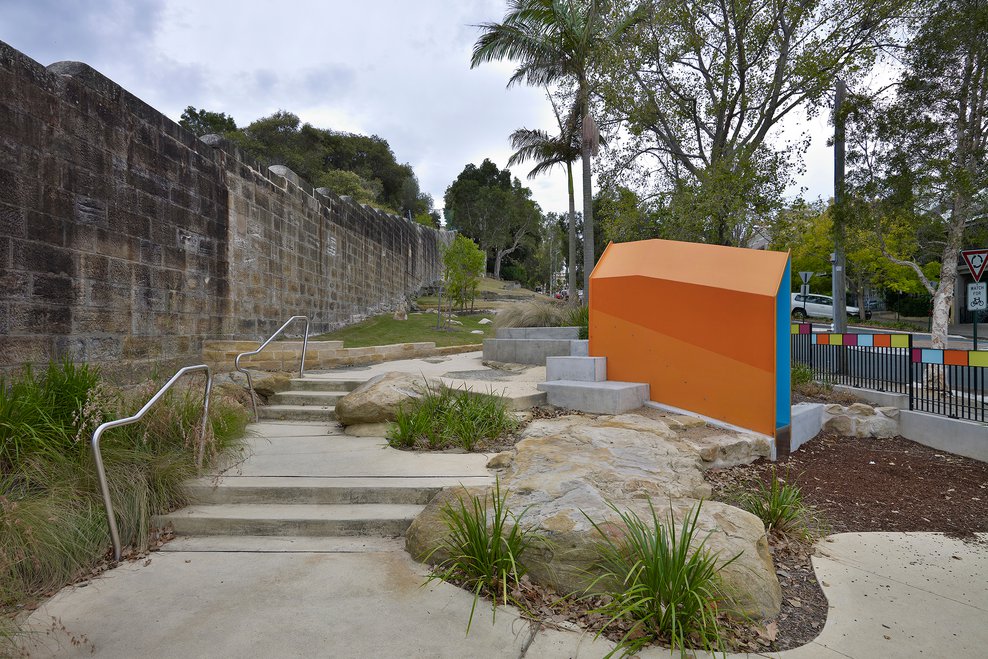 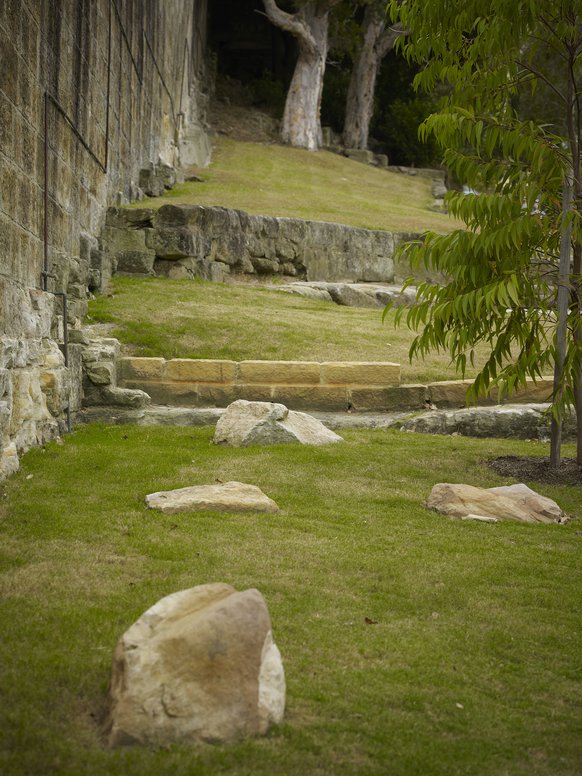 JMD design were engaged by the City of Sydney to upgrade the existing playground in Ethel Truner Park which runs along the eastern boundary wall of Victoria Barracks in Paddington. The design considered the entire park and concluded that the underutilised works depot that cut the park in half should be removed and the park and playground more fully integrated. The new playground designed with the under 5’s in mind, is now adjacent to an informal play area where the existing sandstone bedrock was integrated into the park and carved to provide a new access path and play opportunity. Play experiences include an enclosed slide, a sandpit with pergola over and a swing set. Sandstone play boulders and stepping stones extend the naturally outcropping sandstone. 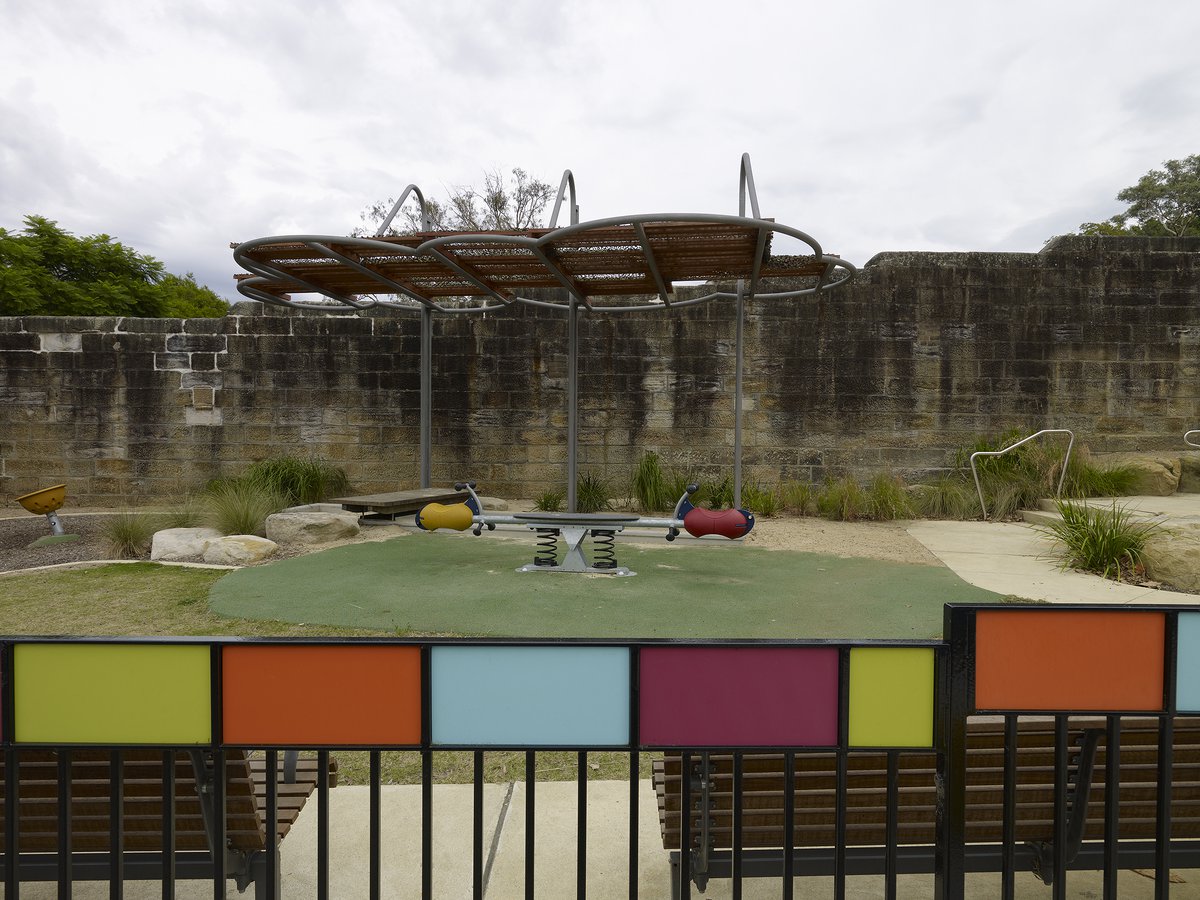 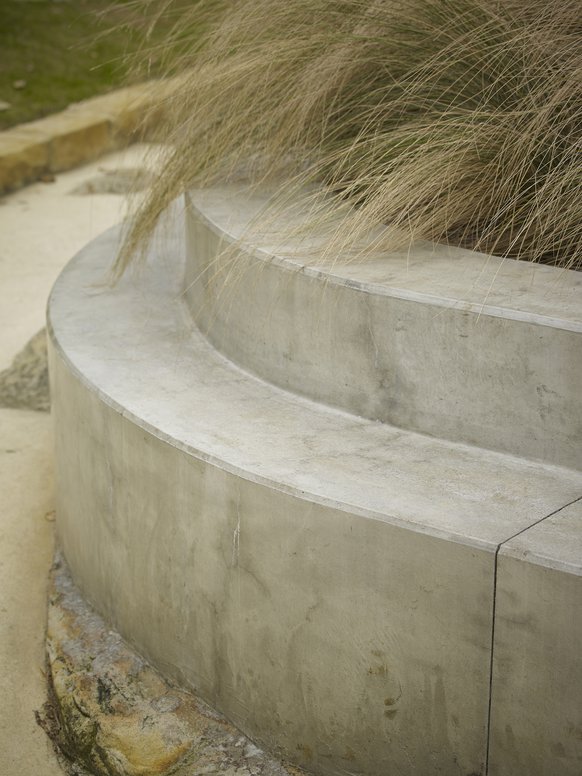 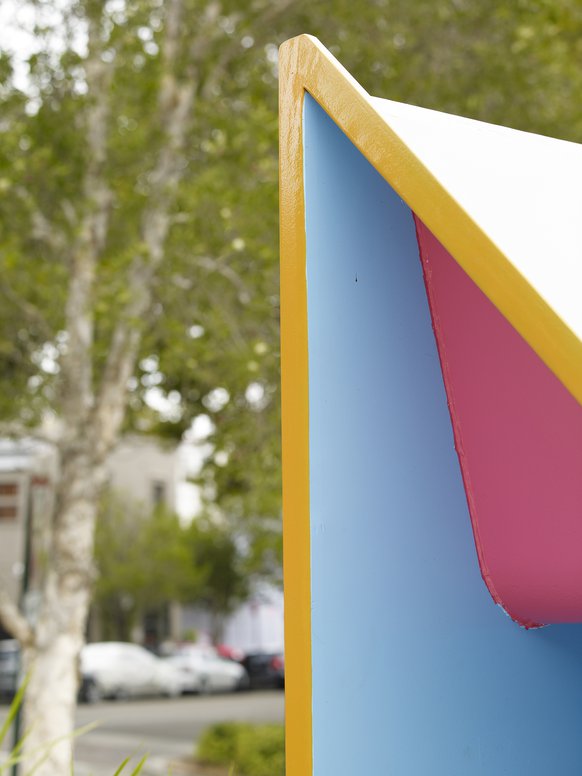 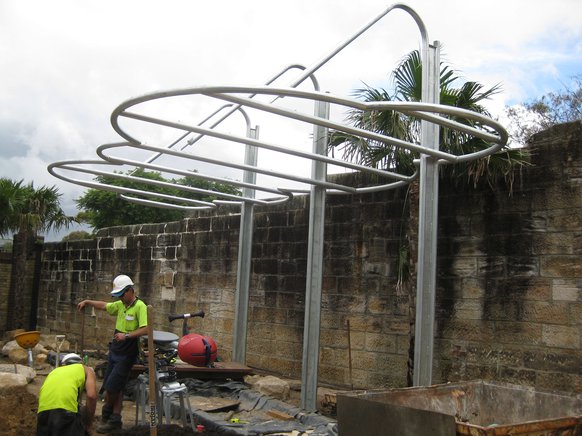