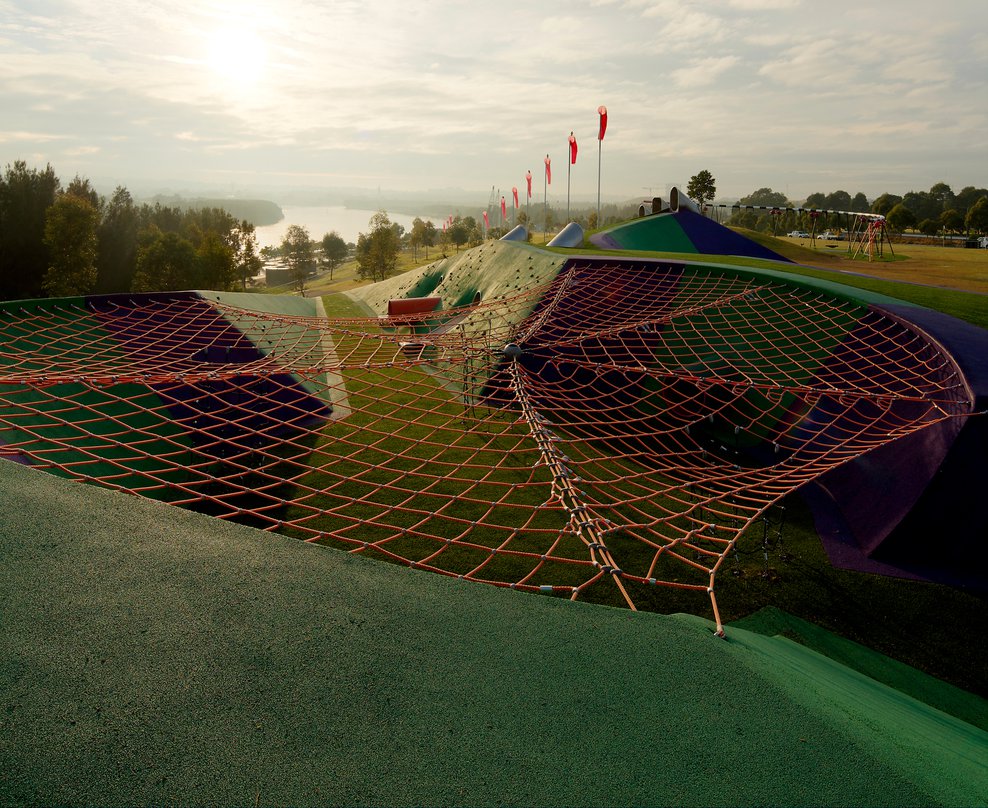 JMD design conflated the dominant landform of cones, cuts and terraces, established by Hargreaves and Associates to design a distinctive new project that maintains a dialogue with its context. A 200m long and 3m high berm  that repeats the geometry established by the Hargreaves terraces was inserted above the existing Terraces. The new terrace was excavated into with tilted planes and inverted mounds to create space for movement and play. 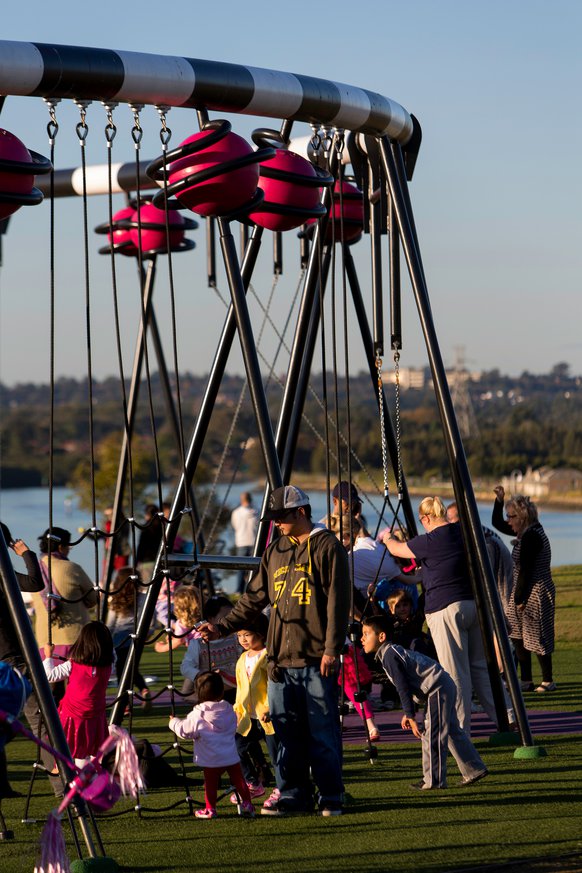 To one side of the main play and abuting the existing woodland is a 12m high tree house that challenges children to climb its interior, stand on a rope floor 9 metres off the ground and reach the top to view the sweep of the Parramatta River beyond the trees.

Play is organized from most active and high energy in the east, at the giant swing, to more passive at the western edge of the berm where the sand play, the water plaza and the Tonkin Zulaikha Greer (TZG) designed kiosk and petal roof canopy are located.

A new carpark and amenities building is located along the southern edge of the park, on the far side of the large grass common, connected to the new kiosk and playspace by an axial path as called up in the Hargreaves Masterplan. 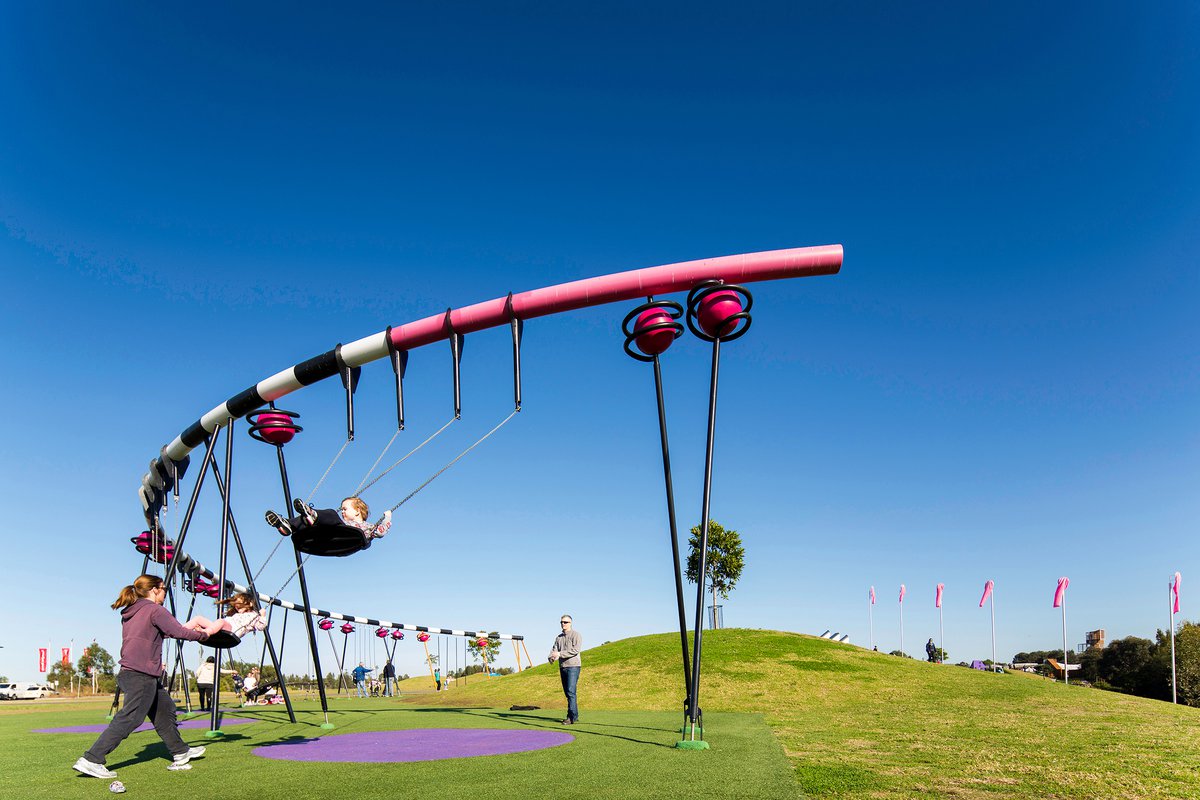 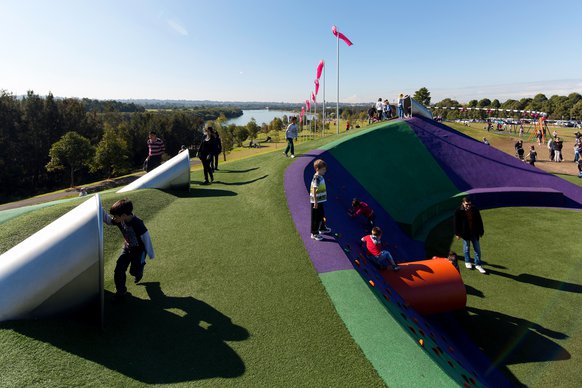 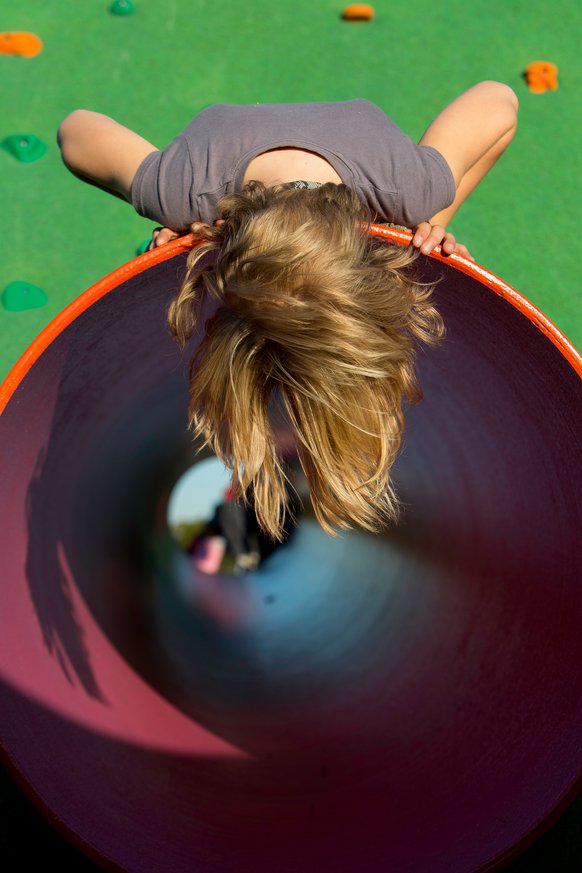 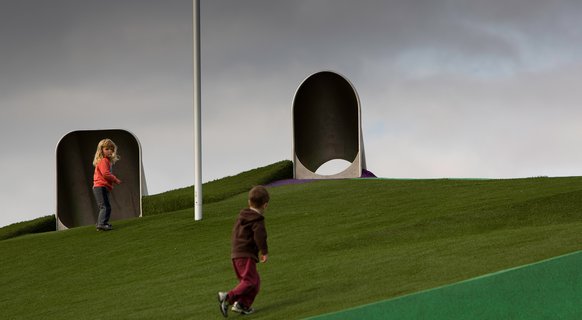 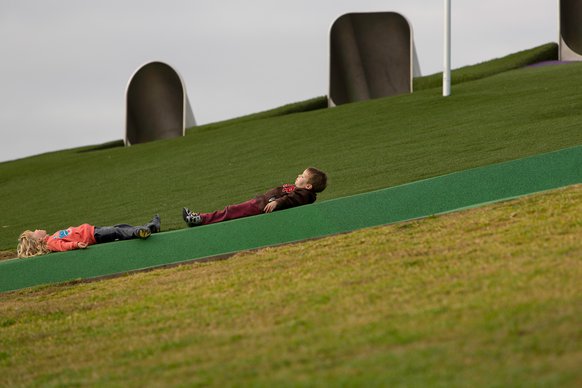 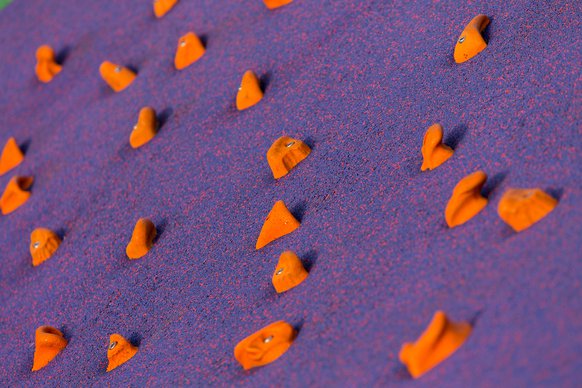 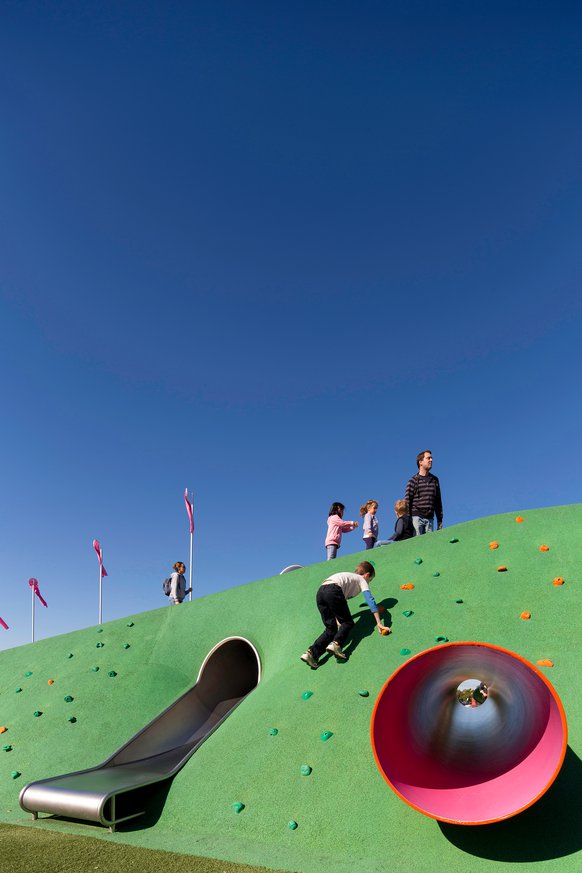 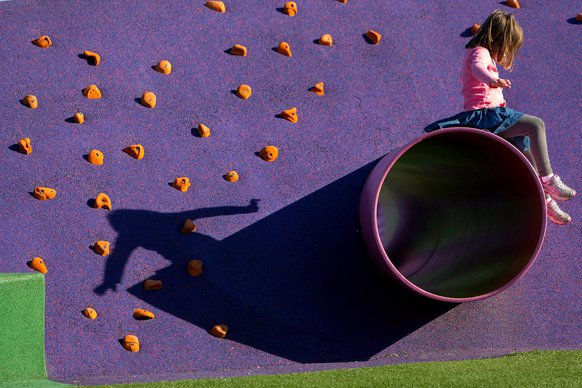 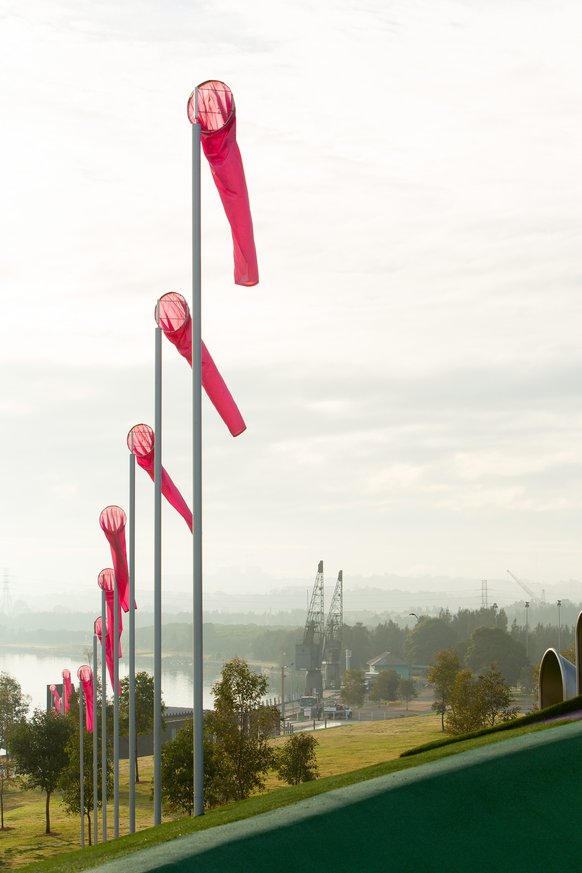 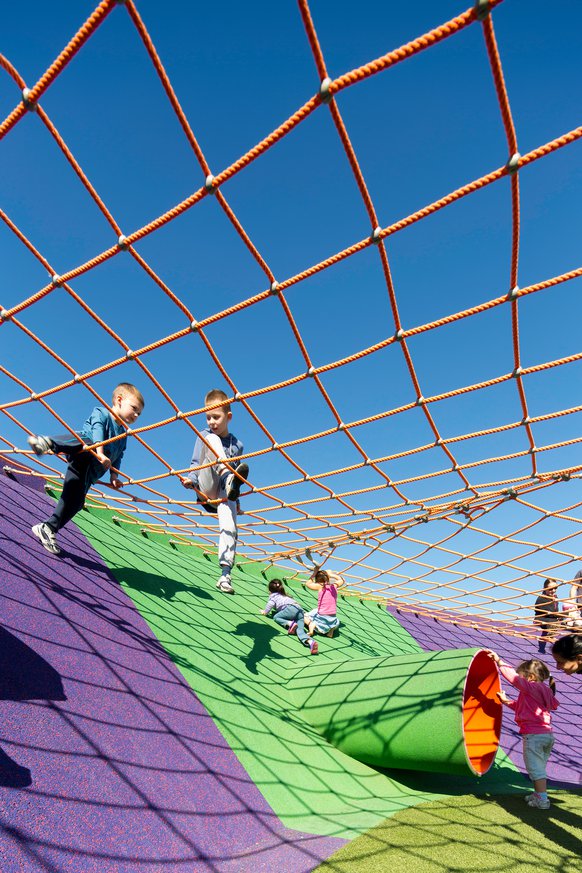 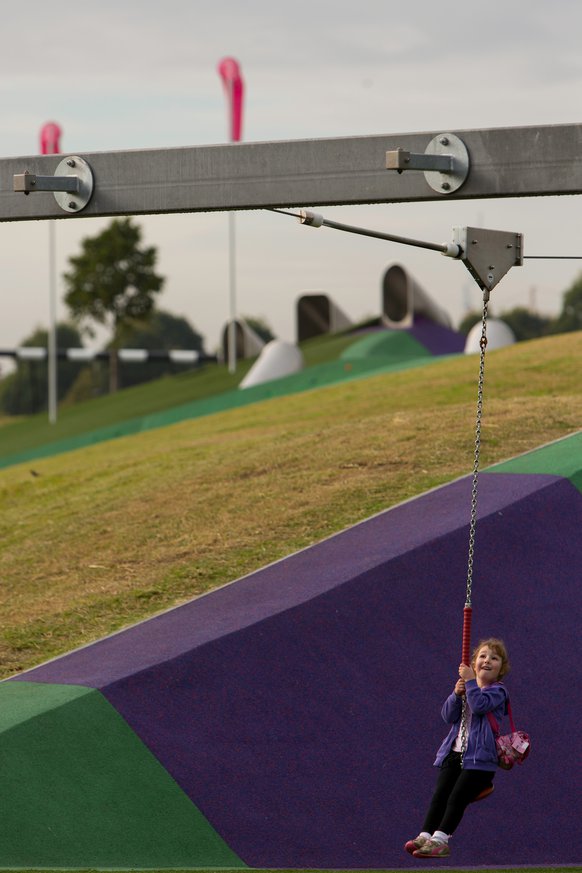 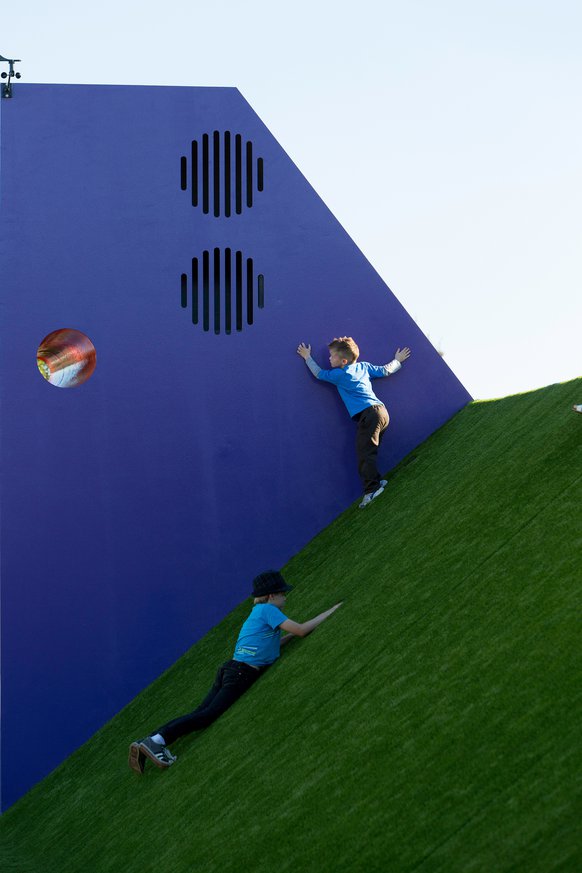 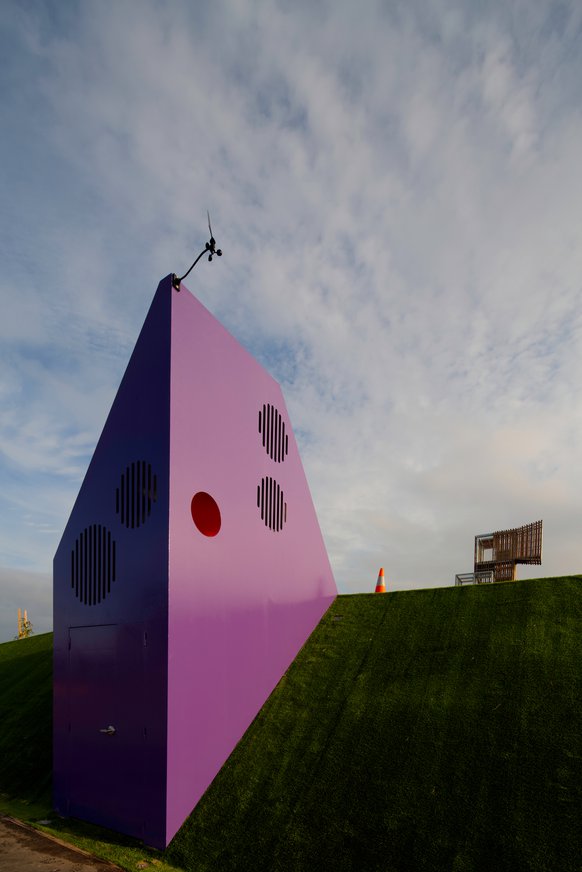 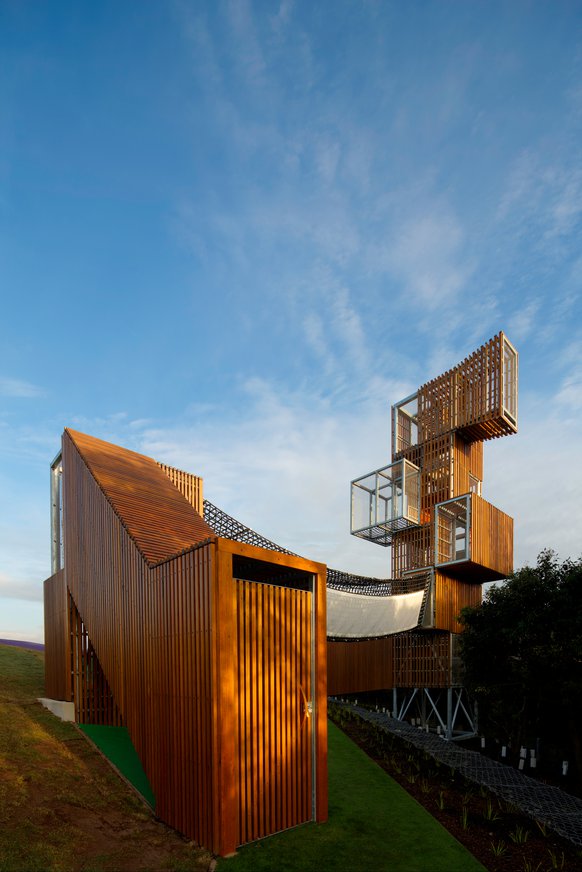 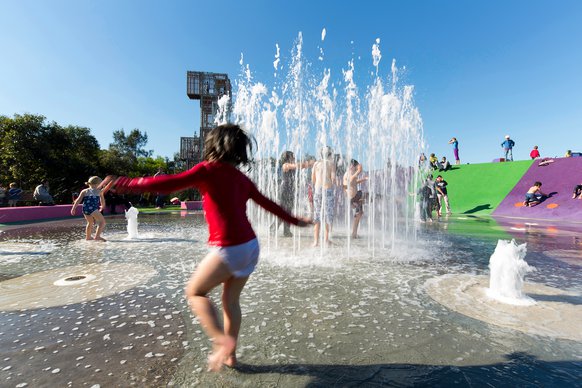 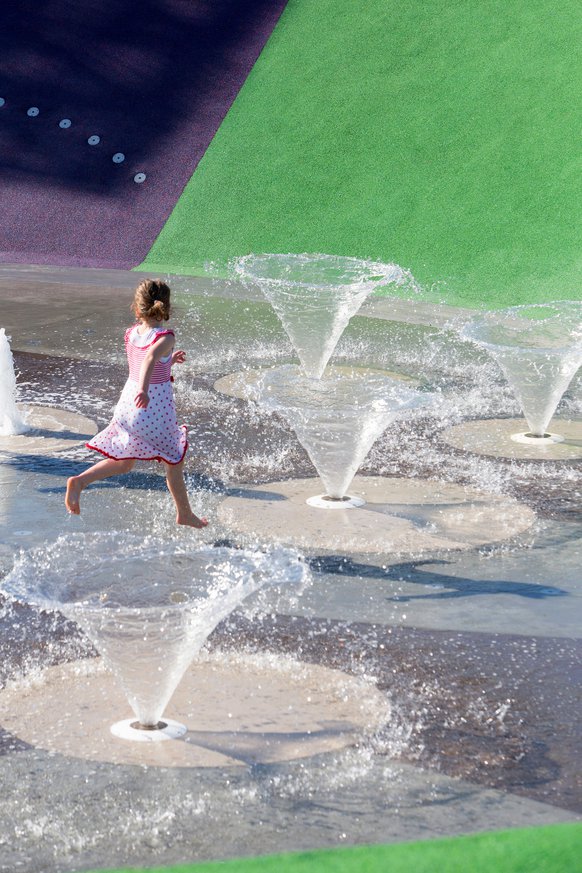 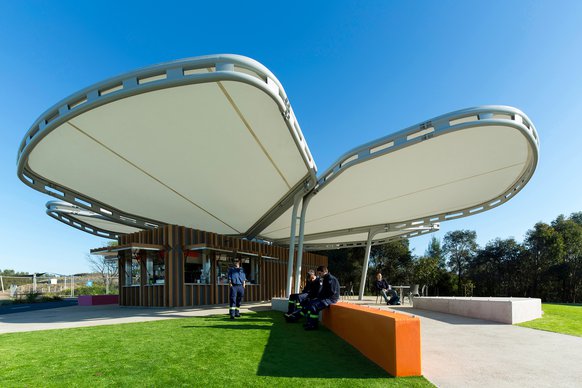 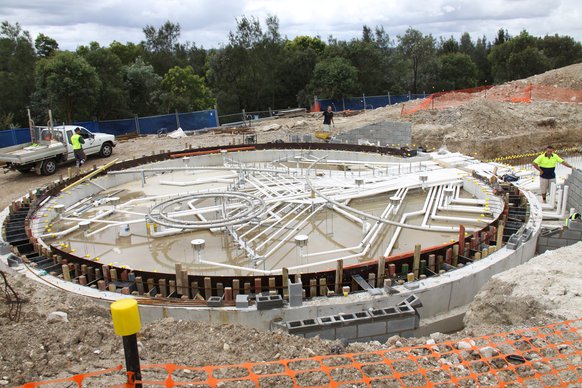 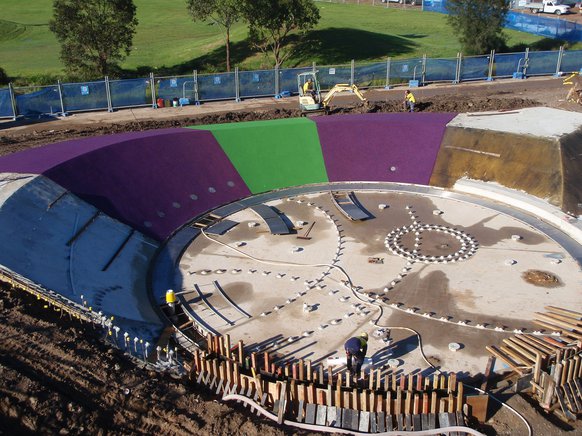