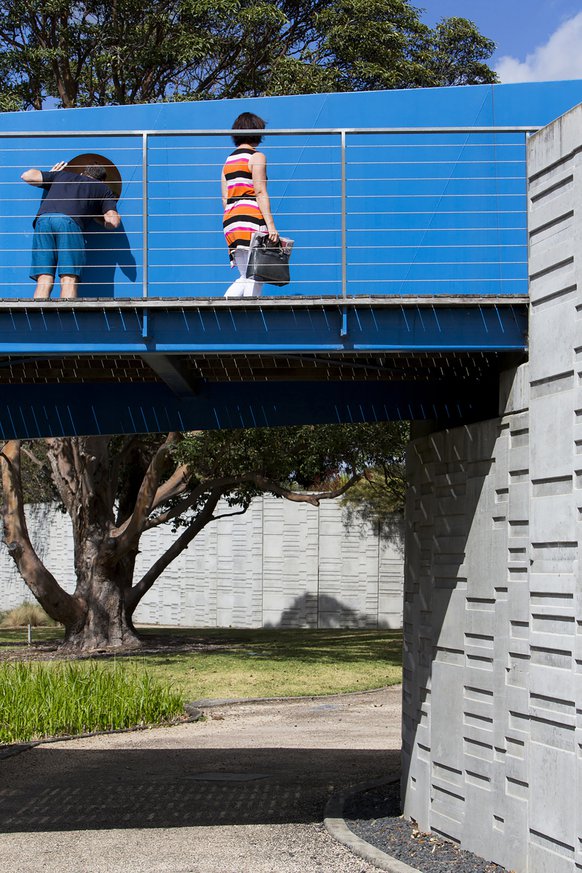 Mt Penang Gardens is located 65 kilometres north of Sydney on the high sandstone plateau that rises to the west of Brisbane Waters and to the north of the Hawkesbury River.

The 5-hectare project is an artificial landscape suspended above the boggy ground that remains from the 1912 clearing of the of the site’s hanging swamp. A large block, a Plateau, forms the centerpiece of the garden as a direct response to the need to provide free draining soils in order to establish a varied garden. It holds the garden like a giant pot bordered by water, free draining and clear of the water table. The garden is placed away, across the water from the arrival zone. The journey to the garden begins at the visitor centre before ascending to the Plateau via a blue bridge that spans across one of the water terraces that makes up the Water Garden.

Once upon the Plateau garden paths branch and fork to take the visitor down into Fissure Gardens, between sheer walls, down suspended stairs, through densely vegetated ramps, along gradual inclines, alongside terraced water gardens, into open ground, through a rock garden or along the lower dam. The visitor moves within, over and through a volume made up of concrete, stone, water and vegetation to connect an assortment of garden ideas. 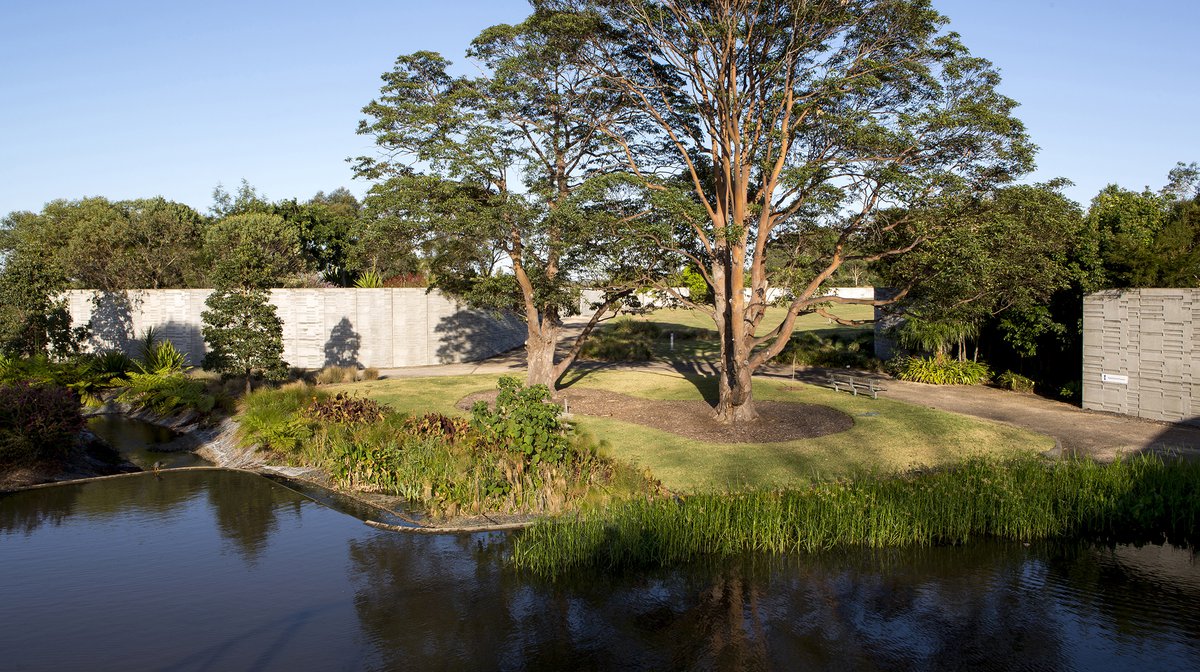 The Plateau is organic in form and supports a variety of plant groups and a series of designated spaces for curated temporary gardens. Whilst the exterior of the Plateau is bold and large, the interior contains spaces of varying scale – mostly intimate and internalised – with plant groupings of mixed height, colour and texture, and water in various forms. The physical complexity is further added to by large incisions into the edge of the Plateau, these fissures provide opportunities to accommodate the more specialized horticultural requirements of distinct flora types. The plateau is offset by the Water Gardens that step down between the existing Dam and the Plateau. These contain a rich variety of plants including water lilies and lotus. Water flows from one terrace to the next by rills, channels, steps and spitters. 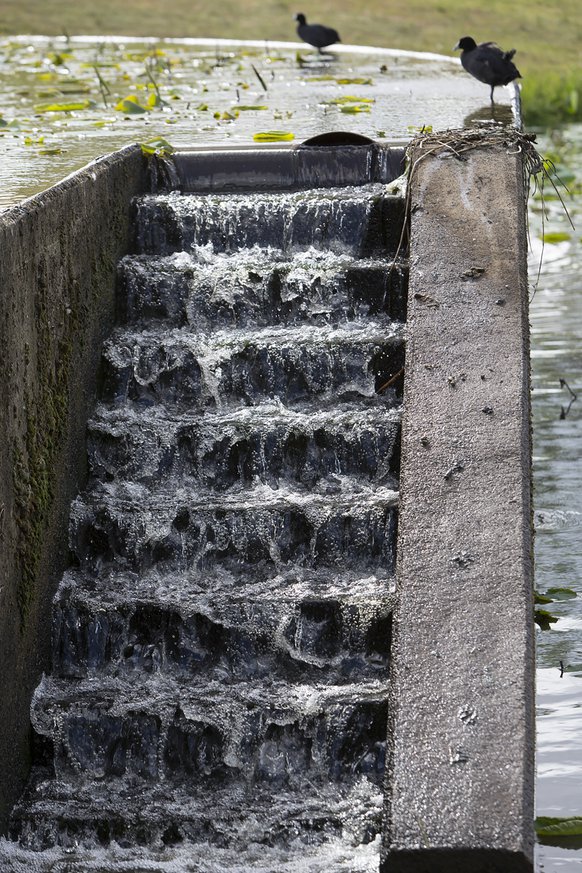 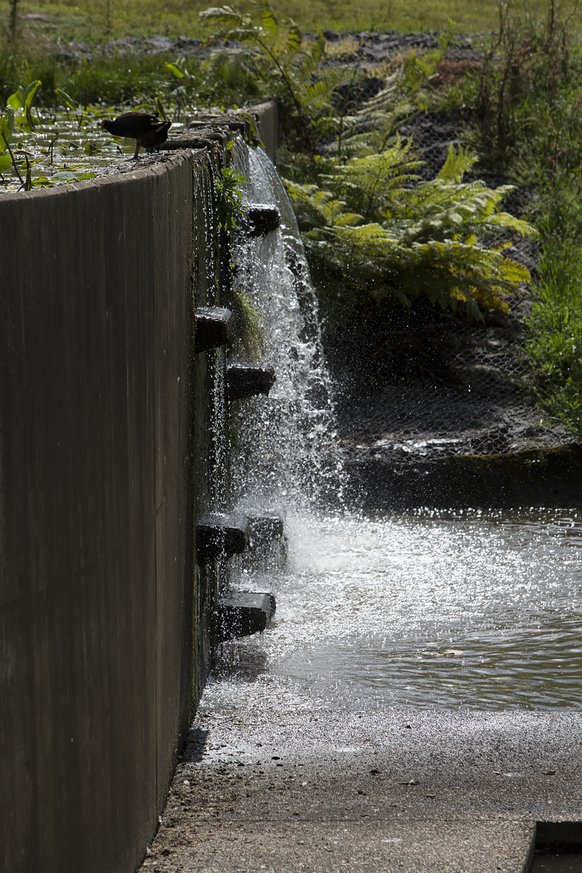 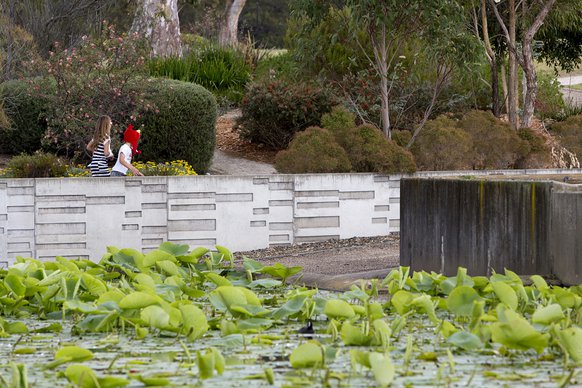 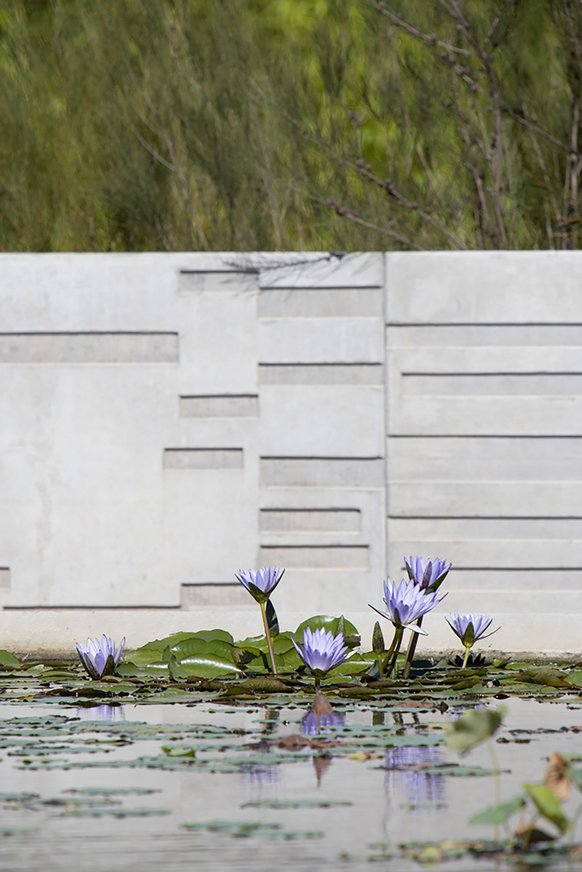 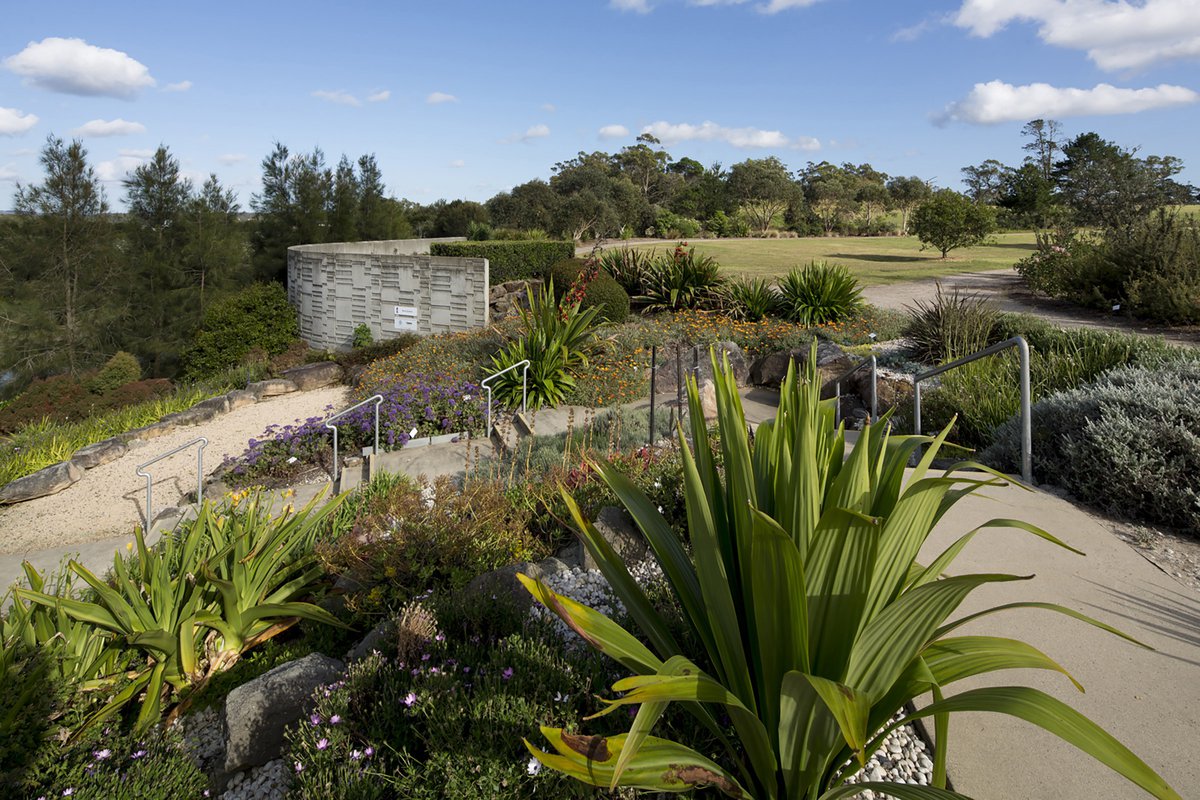 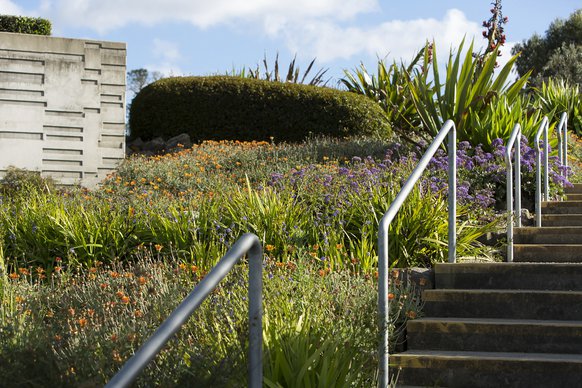 The horticultural overlay reflects the idea of gardens within a garden. The armature planting is comprised of native Sydney sandstone species, whilst the Fissure Gardens display a variety of specialised and unusual plantings both native and exotic. The Fissure Gardens are oriented to create controlled micro climates in order to grow particular species, many of which had to be procured as seed or as cuttings from the Royal Botanic Garden’s collection in Sydney and from specialist growers. To the west of the garden, adjacent to the remnant bushland autochthonous (original) vegetation species, such as the Bloodwood and the Scribbly Gum, are encouraged to colonize various parts of the site.

Garden fragments from other traditions, contemporary and old, are placed against one another as a suggestion of an identity in the making and on the move. The Garden is conceived as a reservoir of ideas and traditions that holds the potential of an as yet unimagined re-assembly rather than as a didactic attempt at defining the Australian garden. It is somehow caught between the struggle to pinpoint an original identity and the impossibility of faithfully recreating the lost original, whether the bush or the garden traditions of elsewhere. The choice of a convoluted non-hierarchical path system avoids a linear narrative with a clear conclusion and by implication a definable identity.

Construction of the 6 hectare park was completed in 2003 following a nationwide two-stage design competition. 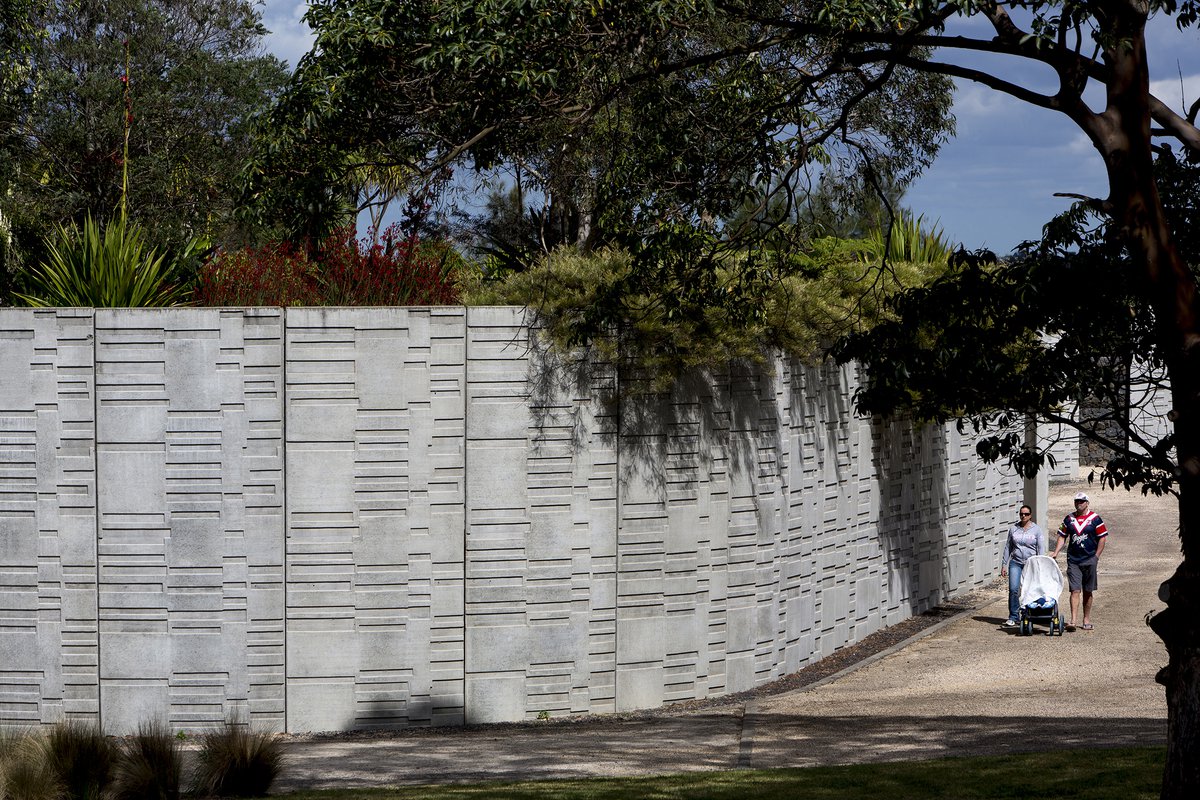 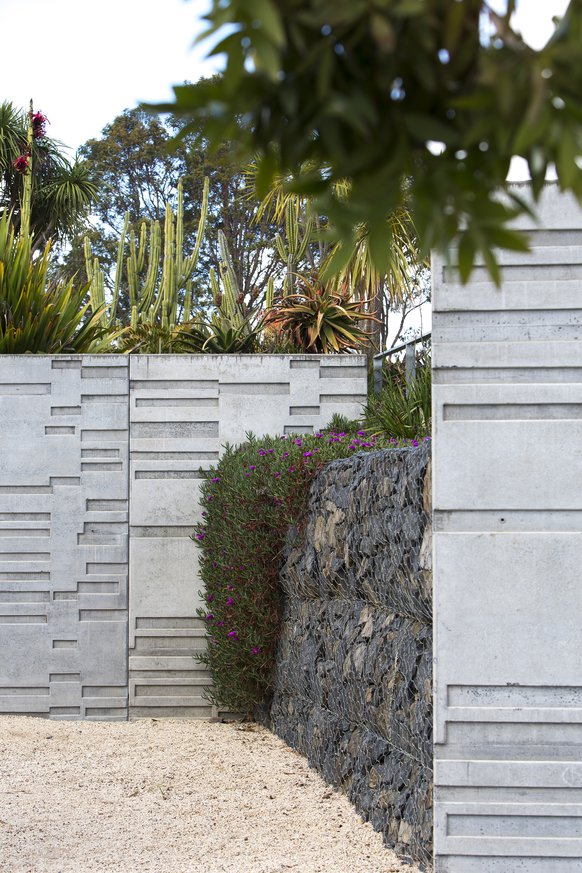 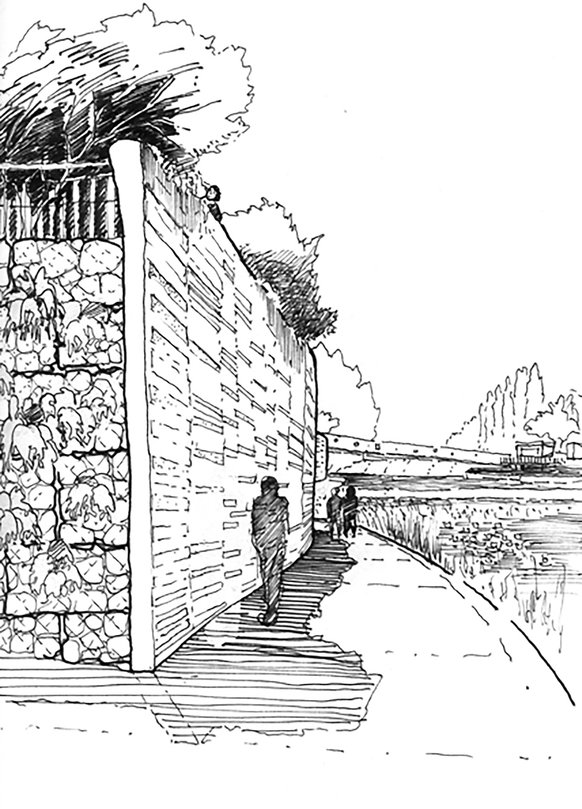 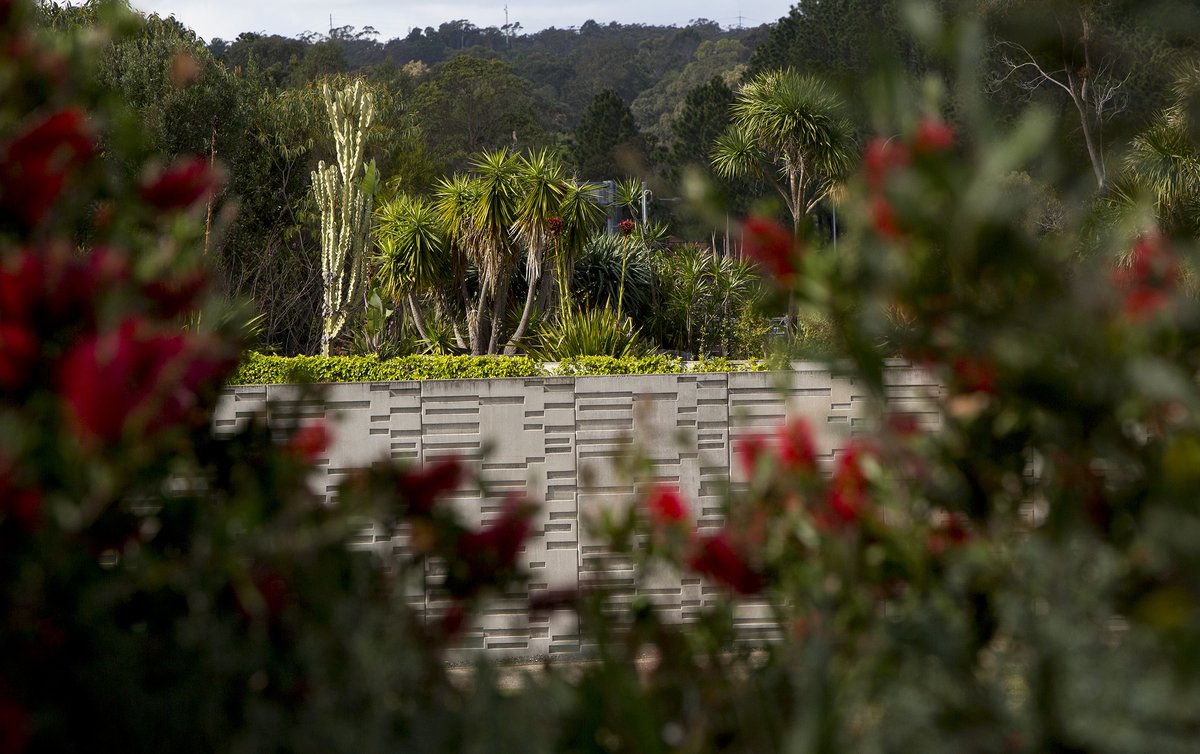 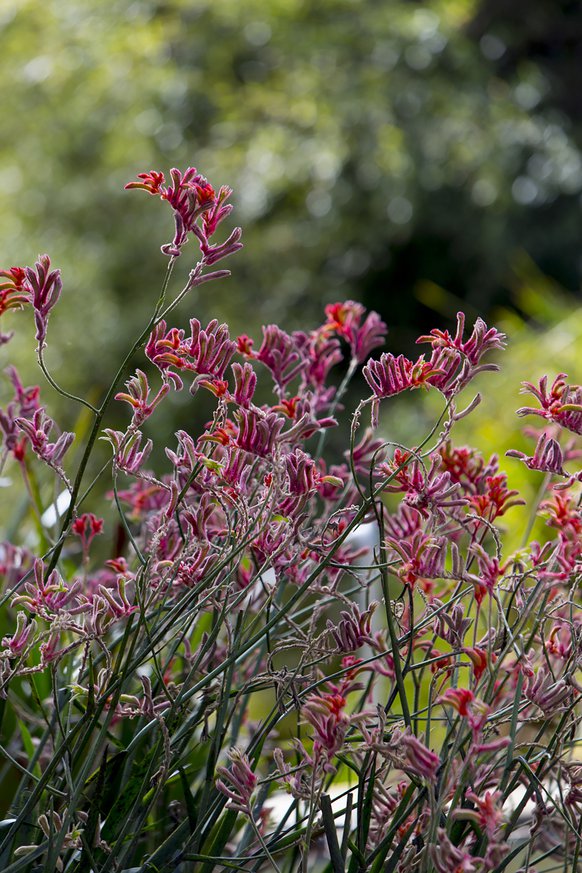 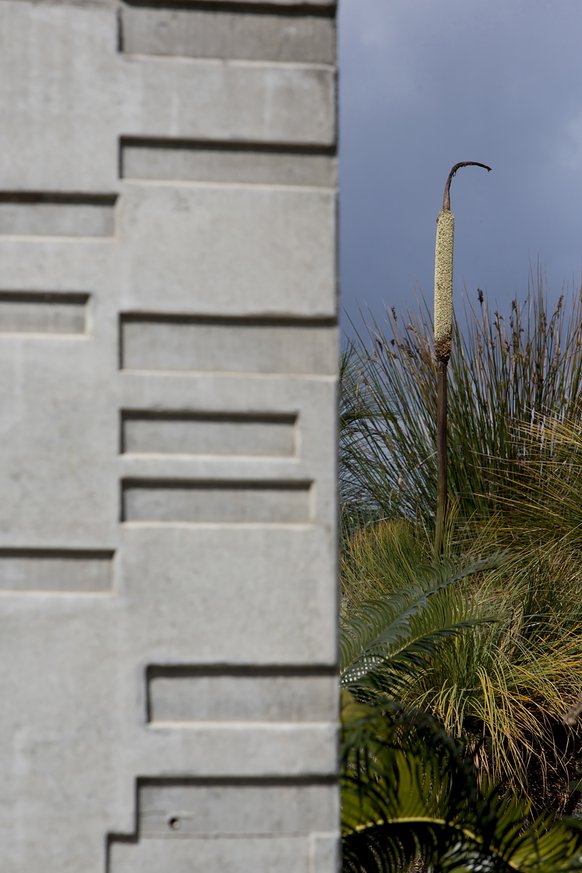 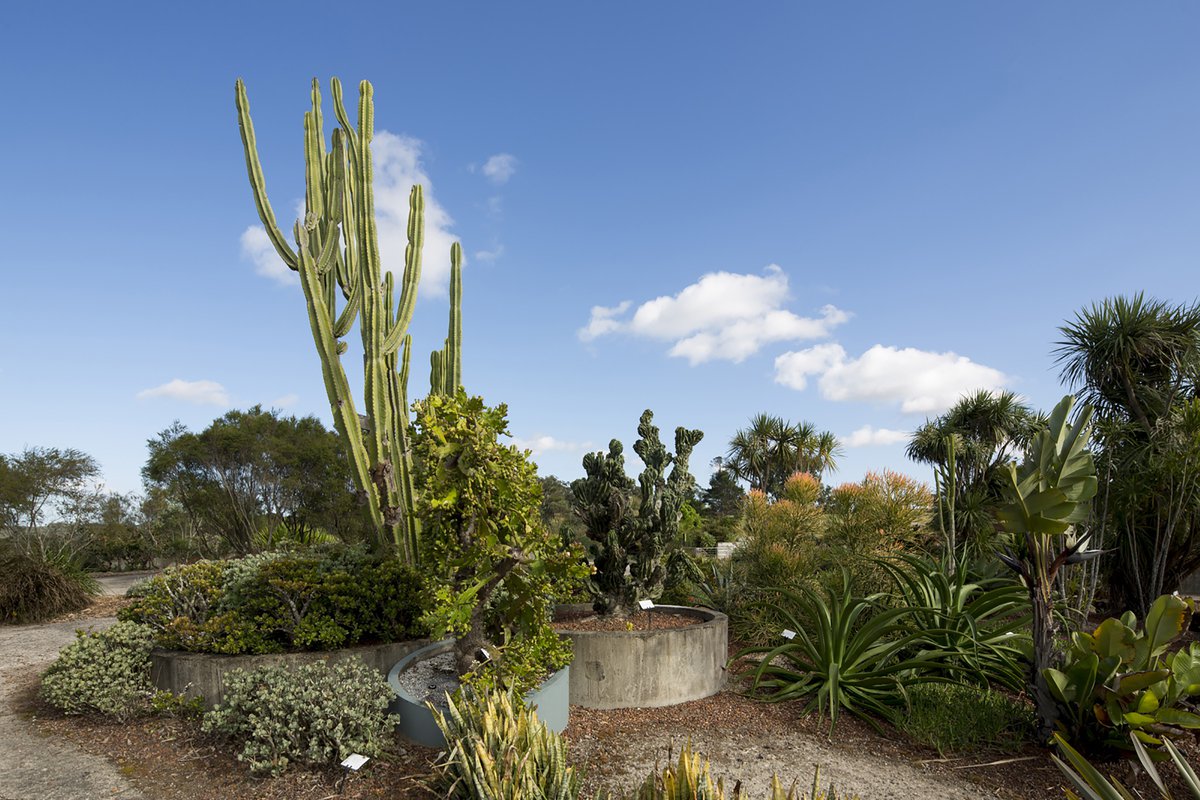 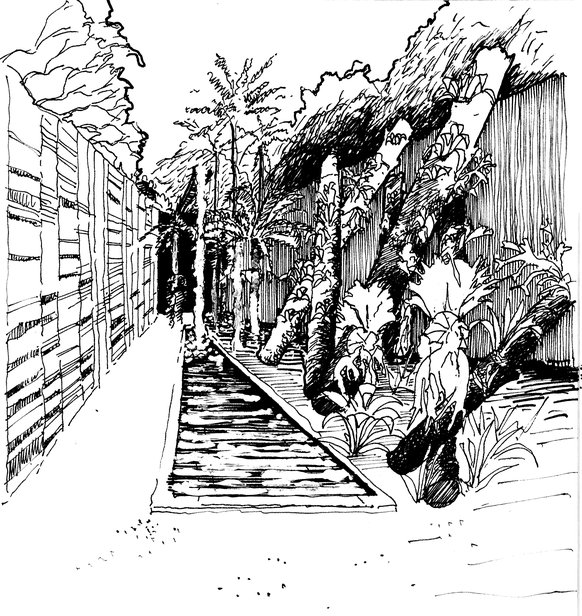 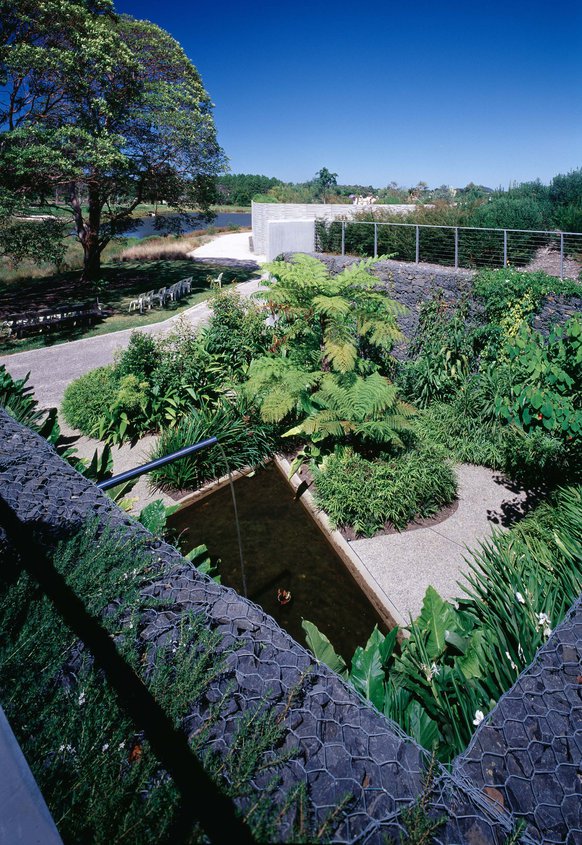 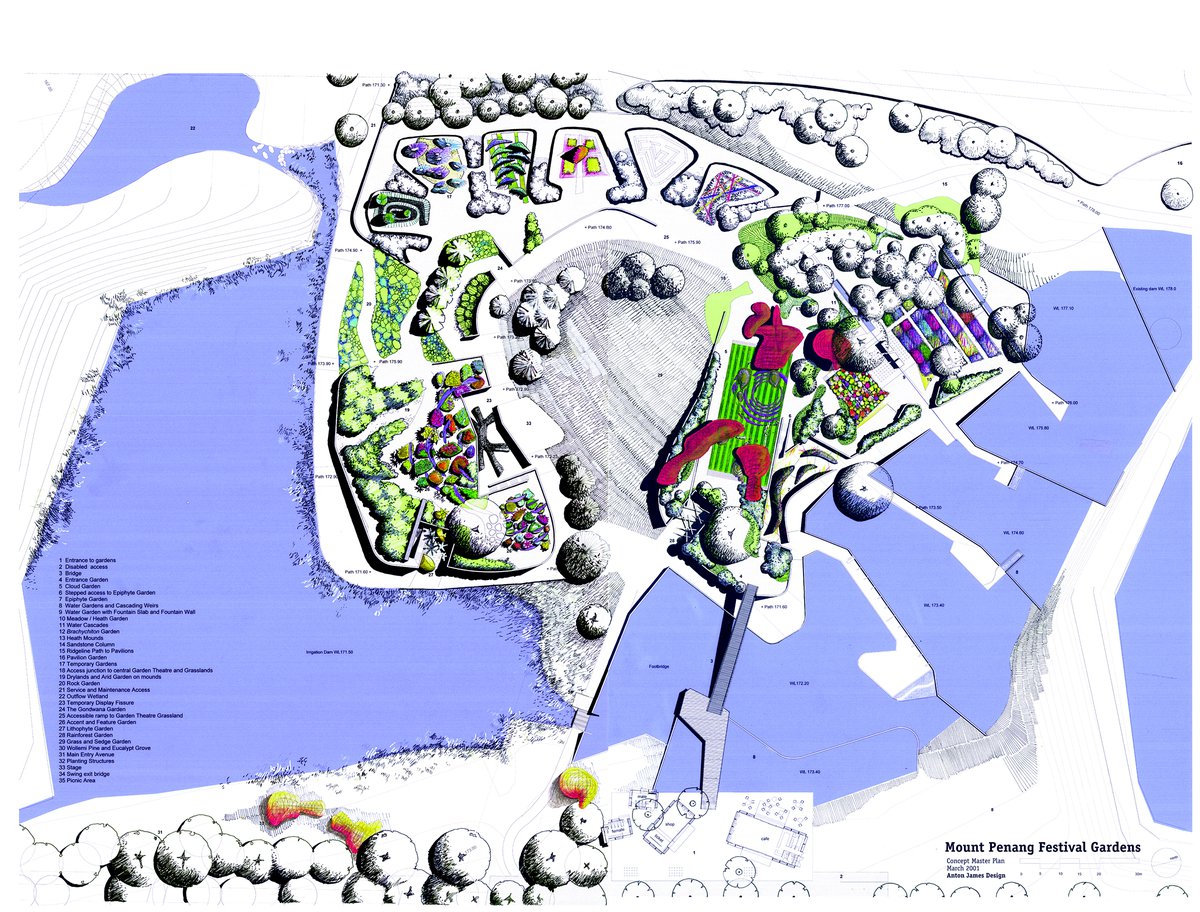 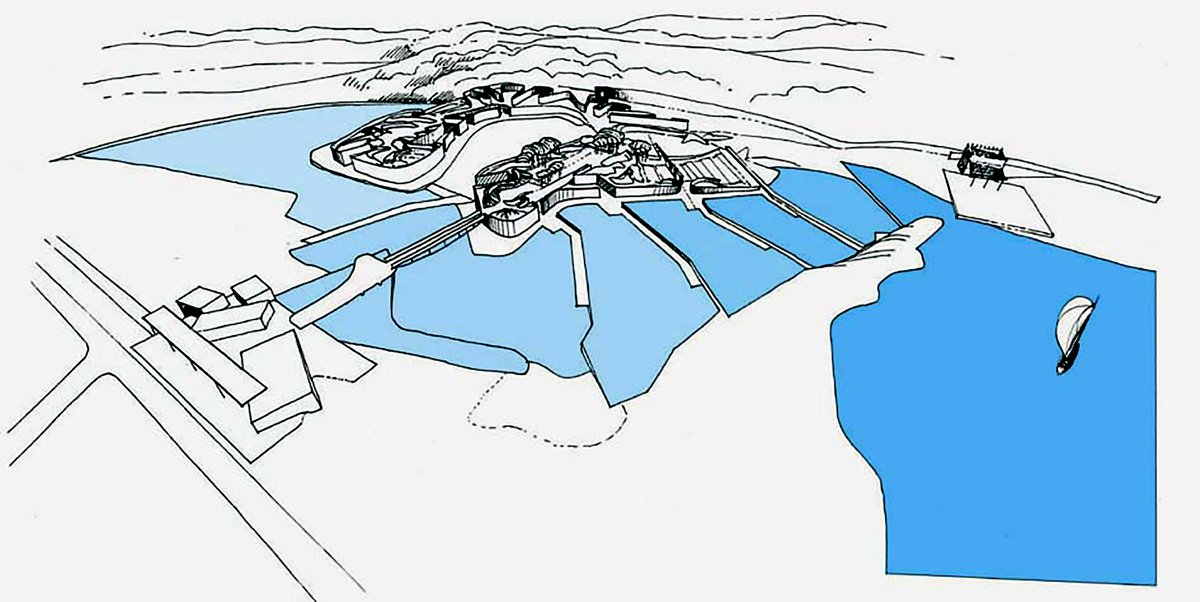 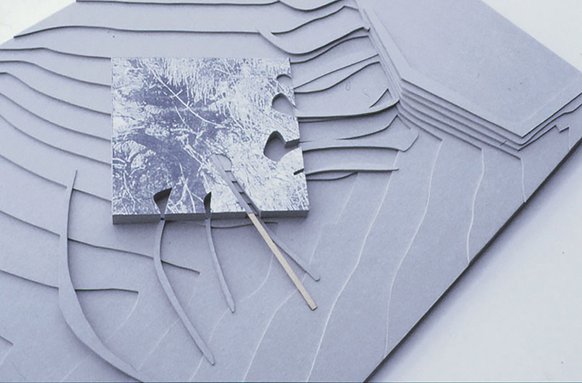 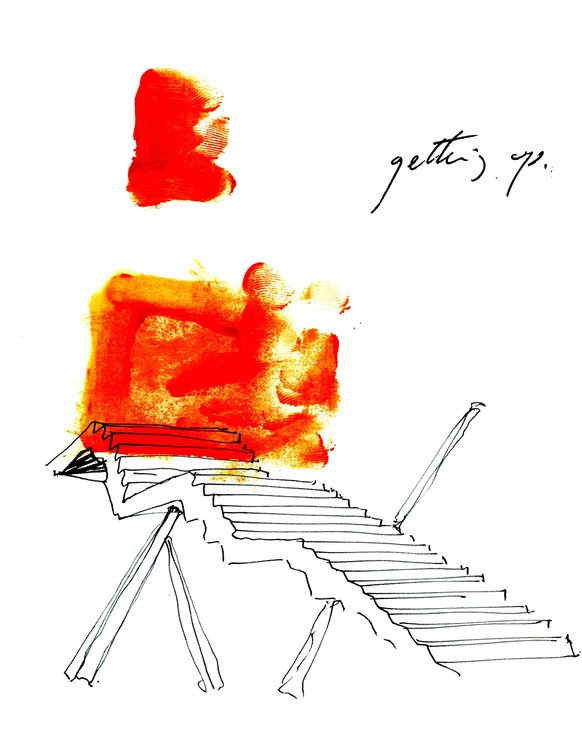 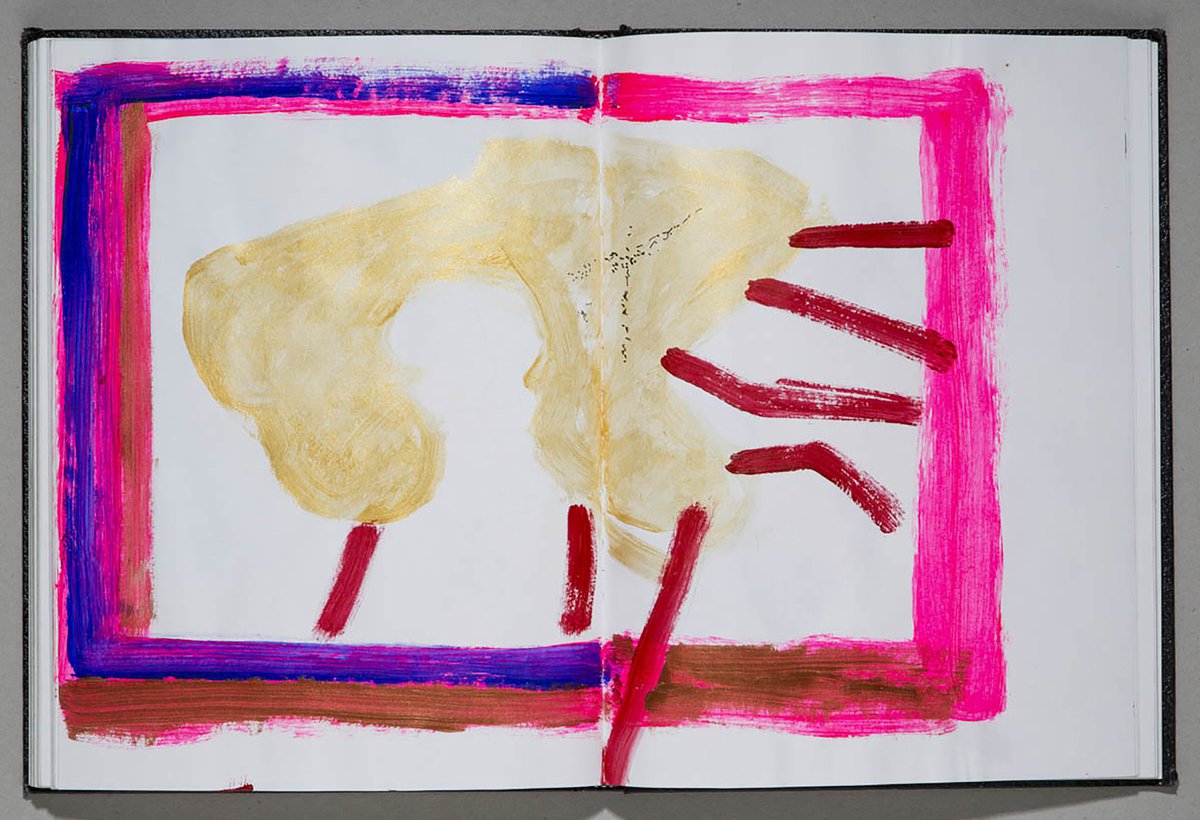 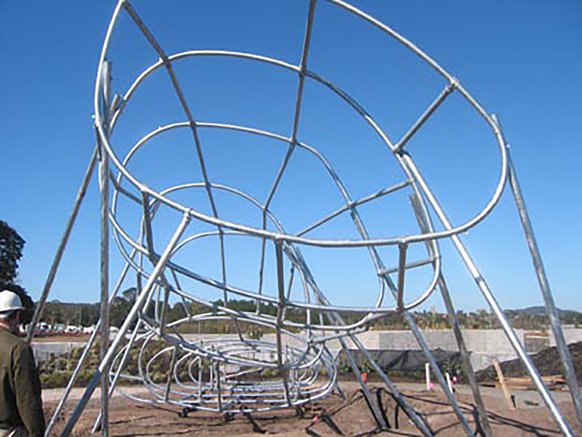 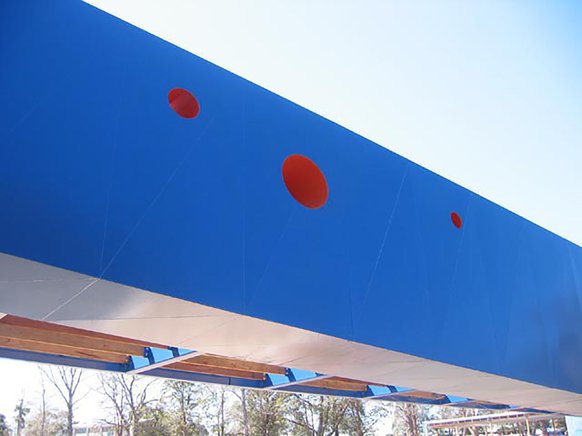 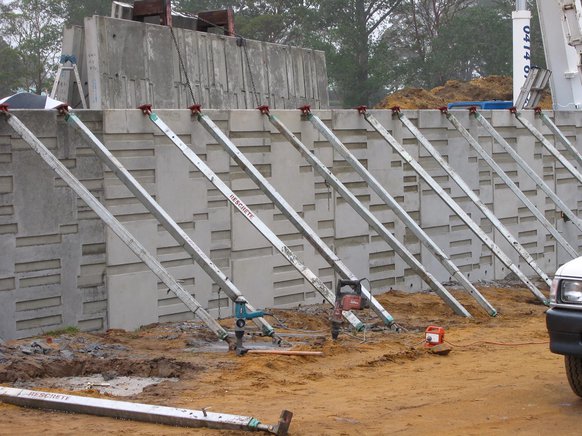 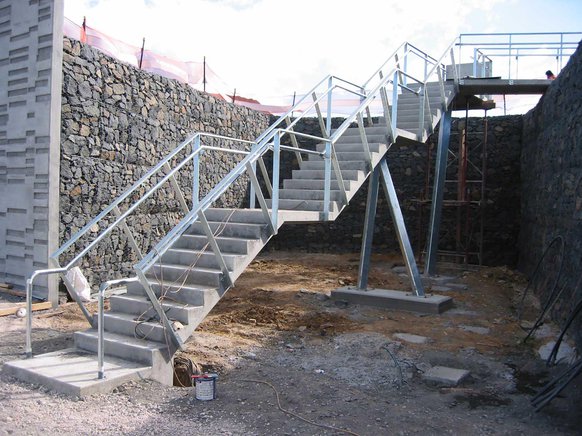